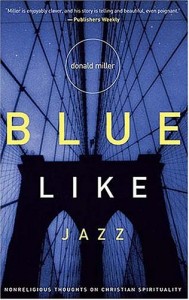 In a new post on the Blue Like Jazz movie website, Director Steve Taylor calls out Christian cinema in general and Sherwood Baptist’s Kendricks Brothers, whose “October Baby” opens this week,  in particular for condemning the film before even screening it. He claims Sherwood Baptist has issued a “fatwa” against the movie. He writes:

So what is it about Blue Like Jazz that the Christian Movie Establishment finds so threatening?

I’ve now sat in on over one hundred screenings of Blue Like Jazz, and I’m convinced that the reason it’s resonating so strongly with audiences across the country is because, like the book it’s based on, it reminds us of our own experiences. Don’s original story certainly resonated with me – I was a youth pastor at a Baptist church in Denver at the time I was attending the University of Colorado in Boulder. I wanted to make Blue Like Jazz because I felt I’d already lived it. Are there certain stories that we’re not allowed to tell, even if they’re not “safe for the whole family”? Wouldn’t the Bible be a much shorter book if we edited out the parts that weren’t family-friendly?

One of the most consistent criticisms I got as a recording artist came from fellow Christians saying, “Why do you do these songs criticizing the church? Why would you go airing our dirty laundry for the public to see?” And, of course, that same criticism had been leveled at Blue Like Jazz.

This perspective has always amused me, as if the public thinks we’ve got our act together perfectly, as if they don’t already see the hypocrisy in our midst. They just think we’re too dumb to see it ourselves.

Which is why the image of a guy in a confession booth finally confessing the truth started my six-year-long quest to make Blue Like Jazz.

When we tell the truth – even the uncomfortable truth – the truth sets people free.

The book “Blue Like Jazz” was banned from some Christian bookstores when it was released in 2003, although it was embraced by many Christians as well. Some objected to its embrace of liberal politics. Others felt the book did not represent orthodox Christianity in theology.

Read my interview with Steve Taylor earlier this month as well as my piece in The HuffingtonPost.

What do you think? Is this adaptation a good thing? Will you see the movie? 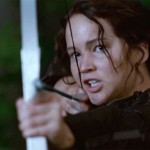 March 21, 2012
Violence, Morality, and the Inherent Schizophrenia of The Hunger Games: A Review
Next Post 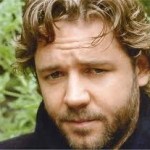 March 22, 2012 It's Official: Russell Crowe to be Noah
Recent Comments
8 Comments | Leave a Comment
Browse Our Archives
get the latest from
Family
Sign up for our newsletter
POPULAR AT PATHEOS Family
1

A Mother's Day Message for Divorced Moms of...
While boundaries are important in any relationship, they are especially critical for... 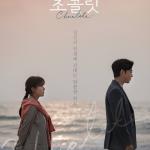 Healing through Chocolate: A South Korean Drama Counters...
It's another review, but this time of a televised show (not a... 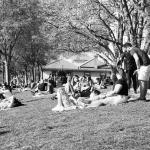 The Easy Life: How Work, Rest, and Meaning...
We went on vacation recently and it was wonderful. Work has been...
view all Family blogs
What Are Your Thoughts?leave a comment

8 responses to “A Christian fatwa Against Blue Like Jazz Movie?”