Violence, Morality, and the Inherent Schizophrenia of The Hunger Games: A Review

Violence, Morality, and the Inherent Schizophrenia of The Hunger Games: A Review March 21, 2012 Rebecca Cusey 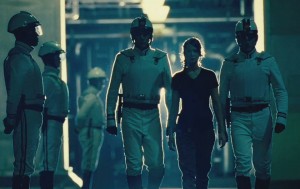 Are you ready for the Hunger Games?

With a fantastic story, powerful acting, and excellent setting creation, the movie is poised to be the movie event of the year. The glitz and hype, however, only serve to highlight the Hunger Games’ inherent schizophrenia  reflecting our national discomfort with our wars. The film is intentionally and unbendingly anti-war as any grey ponytailed UC Berkeley professor, and yet its best moments come when it makes a case for violent revolution against injustice.

Katniss Everdeen lives in a coal mining area of the former United States, which has been reduced through brutal civil war to twelve districts ruled by a merciless Capitol. Yearly, the Capitol stages the Hunger Games, in which they select two young tributes from each district. These pairs are shined up, fed, pampered, and paraded before the populace in a series of live TV broadcasts.

Then the producers force them into a miles-wide, computer-controlled arena and where they battle to the death on national television.

If they refuse or rebel, their families and entire district will suffer. If they hide, the very arena itself forces them into the battle with exploding trees or fearsome beasts. Only one can win, but Katniss and her fellow District 12 tribute Peeta hope to hold on to their humanity in such dire circumstances.

The adaptation of the first novel in the trilogy by Suzanne Collins hits theaters on Friday. With presales of tickets in the stratosphere and tracking indicating record $130 million open, the movie looks poised repeat the overwhelming success of the books, which rule the bestseller lists.

And well it should.

Director Gary Ross has perfectly created the world of the Hunger Games, from the steely resolve of heroine Katniss Everdeen, played with a perfect mix of attitude and vulnerability by Jennifer Lawrence, to the excess and self-focus of the Capitol. There are several minor changes to the source material: A few characters dropped, such as Madge Undersee or the silent maids whose tongues have been cut out. The relationship with Peeta, played by a winning Josh Hutcherson, is show more through longing looks and less through the dialog from the books while his rival Gale (Liam Hemsworth) only briefly appears.

In keeping with its young adult lit pedigree, the violent moments are blurry and fast-cut, with killing implied more than shown. Rated PG-13, it is not gory, but some dead children and child deaths are shown, which will rule out grade schoolers and some middle schoolers. There is no sexual content or inappropriate language.

The changes don’t matter, though, because what made it to the movie is so very well-done.

The setting of the starving District 12 evokes the black and white photos from 1930s Depression America: Sparse wood interiors, colorless dresses, simple shirts, old fashioned fabrics. Once the action moves to the Capitol, everything brightens into false day-glo: the abundant food, the Kool-Aid colored hair, feathered eyelashes, and bejeweled skin. Katniss’s refuge from both turns out to be forest, the natural forest a home in which she poaches food for her sister and the unnatural forest of the arena which shelters her and then turns on her.

Especially well-done is the character of Effie Trinket (Elizabeth Banks), District 12’s assigned press representative from the Capitol. Creepily enthusiastic, she shepherds her sacrificial lambs to the games with a jarring focus on glittery clothes and banal etiquette.  “You’re in for a treat,” she gushes as she ushers her poverty-raised charges into the luxury-laden train that carries them to their presumed deaths.

The congratulatory exuberance that surrounds the stunned tributes is broken by Haymitch (Woody Harrelson), a former winner of the games brought to serve as mentor, but who drowns his disgust and sorrow in alcohol, and Cinna (Lenny Kravitz), Katniss’s stylist, the only person who extends any sympathy to the doomed girl.

Thus is drawn a whole system of evil, banal in its focus, horrific in its casualness. From the Capitol citizens who sincerely cheer the bloodthirsty games to the TV host (Stanley Tucci) and producer (Wes Bentley) who make a career out of creating them, no one seems to question the gross injustice and horror of forcing children to fight to the death.

There is a moment in the Hunger Games when Katniss, in a gesture of solidarity with the equally impoverished district of fellow tribute Rue, holds three fingers up in a silent salute to the camera and to Rue herself. This moment, when Katniss transitions from strong individual to national symbol, sends shivers down the spine.

That moment and the revolution that follows in later books are part of why The Hunger Games has hit such a nerve. Instinctively, readers know that injustice on this scale must be fought, must be stood up to. However, that’s not the thrust of the series. This dichotomy is what makes the books schizophrenic.

The ultimate futility and shame of any armed conflict, not fighting injustice, is where the author is heading. Hinted in a few lines in the film and increasingly clear in later books in the series, the Hunger Games is supposed to stand as a metaphor for war: sending young people out to fight to the death. By reframing battles into gladiator-style battles with kids, the author hopes to question war itself.

In her mind, then, there is little difference between Survivor and our soldiers in Afghanistan.

And yet, what are the people of the districts supposed to do? Keep passively sending their youngsters to their deaths? In reality, what are the people of Syria supposed to do, keep dying at the hands of a Captial different in style but not brutality from the one she drew? Were the patriots of the American Revolution little more than gladiator fighters?

Collins, in drawing her banally evil world so powerfully, makes just this case even as she makes the opposite one as well. The skill of her imagination and the ambiguity of her message make this movie the one everyone should see, adults included.

In fact, adults especially, as this film embodies one of the conflicts and discussions at the heart of our national conversation. It’s excellent, but it’s also important.

Is Katniss a young George Washington? A Conversation with Our First President

A Parent’s Guide to The Hunger Games

Watch a Clip of the Movie 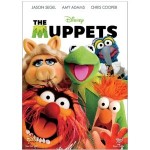 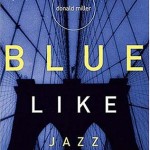 March 22, 2012 A Christian fatwa Against Blue Like Jazz Movie?
Recent Comments
11 Comments | Leave a Comment
Browse Our Archives
get the latest from
Family
Sign up for our newsletter
POPULAR AT PATHEOS Family
1

6 Things Good Fathers Do: Here's Number 2...
2) Good Fathers Are Physically Present... Most fathers that I speak with...
view all Family blogs
What Are Your Thoughts?leave a comment

11 responses to “Violence, Morality, and the Inherent Schizophrenia of The Hunger Games: A Review”