A Tribute to a Man in the Modern Gap: Jack Gilbert 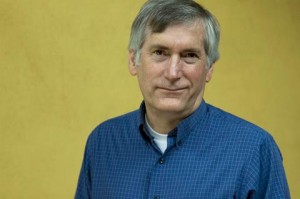 I didn’t know Jack well, but I always felt like I did.

He was that kind of person.

When we met up, he wasted no time on awkwardness. He simply picked up right where we left off the time before, talking about movies and television, his professional passion, or Christianity, his faith passion. Or, for that matter, politics or headlines or personal lives, all things he discussed with an intelligent, informed grace.

He had the special skill of making you feel like you mattered to him, like you were a good friend.

I think it’s because people did matter to him.

Jack died too soon yesterday at 62 after complications from pneumonia.

He loved stories and made them his life’s work. He loved God and wasn’t afraid that made him uncool in a town where cool equals money.

Jack was a Christian working in Hollywood at a time when Evangelicalism looked down its long nose at anything with even a whiff of Hollywood.

For many years, Jack ran the script writing training program for Warner Brothers, teaching television writing. He always showed up wearing something from the WB: a tie with Bugs Bunny, a shirt with a Daffy logo.

He worked on a few movie projects too. He was one of the lucky few talented and dedicated enough to actually make a living, most of the time, in Hollywood, a town full of people with dreams bigger than their checkbooks.

If you want to be uncool in Hollywood, however, identify with Christianity. It’s not so much that people dislike Christians in the Industry, although some surely do, but that a person of faith is so extremely far outside their experience that one might as well be from Saudi Arabia or Mars.

If any of that ever bothered Jack, he never showed it. He didn’t hide his faith from the mainstream, just as he didn’t hide the mainstream from his faith. He also served as a scriptwriting teacher for Act One, a Christian script-writing program training people for mainstream Industry jobs. Although I was never an Act Oner, I came to know him through it and our mutual appreciation for story and art in today’s world.

Jack stood in a lonely gap. On one hand, he represented faith to the Industry.

On the other, he tirelessly explained to young, dewy-eyed believers that, no, there was no one magic movie that would change everything and save the world. That, yes, one had to be willing to slave in the bowels of silly or unsavory TV shows to earn enough respect to have a voice. That, yes, perfecting a craft was a lifetime prospect of lots of hard work and no promise of reward. That, no, Jesus wasn’t going to show up and give you a life-altering opportunity your second month on the West Coast. Probably.

This makes many of us in a similar gap cranky.

Jack never seemed to be cranky. He always seemed to genuinely enjoy his students and to make their dreams his dreams. The outpouring of grief on his Facebook page testifies to this. He always kept a love alive for the Church, even as it consistently renounced the television that was his life’s work.

That’s hard to do.

One more thing about Jack, something telling. Although he was unmarried, at least when I knew him, he always paid special attention to children. Kids know when they’re being talked down to, particularly from a grown-up, important friend of their parents. Jack was never like that. He got down on their level, took time to talk to them honestly and straightforwardly. Children blossomed in his presence.

That’s a sign of the gentle, sweet, and wise soul Jack was. Children know a good thing when they see it.

In his honor, I encourage any person of faith who might think they want a career in the arts to check out Act One.

We should all be so lucky as to have a Jack Gilbert in our lives. 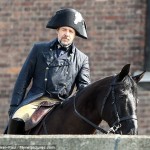 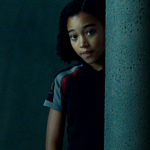 7 responses to “A Tribute to a Man in the Modern Gap: Jack Gilbert”