Instagram and Your Kids: Advice for Protecting Their Safety and Their Self-Image

Sarah Brooks posted about the picture-sharing phone app Instagram and her blog lit up. To date, she’s gotten 185 comments from parents and teens weighing in! I think she’s on to something! Here is her follow-up post in which she replies and explores the issue more. Look for more from Sarah in the weeks to come on other apps such as Vine and SnapChat. 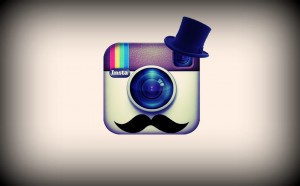 Um. Wow. I had NO idea the last post would hit such a nerve, but I’m so thankful some very important conversations have stemmed from it!

Thank you for all of your feedback, comments, suggestions, and shares. It’s humbling, to say the least.

One resounding comment I heard was, “This topic isn’t just for middle schoolers.”

The topic is for everyone.

It’s human nature to always be on the lookout for someone/something to validate us; social media just happens to be our current medicine of choice. (Don’t pretend like you haven’t been disappointed when people didn’t think your status update was as funny as you thought it was.)

The difference is that we as adults should have the ability to keep it in perspective. It’s a little harder for our middle schoolers who tend to see black and white. Numbers don’t lie, right?

Yes. 100 times yes. I brought up Instagram specifically because that’s what most of our middle school kids are on, but it doesn’t matter what social site it is. The temptation and tendency to get caught up in the number game is always present.

I have to confess that as I was writing the last post I thought, “My 6th graders are going to hate me. They’re going to think I’m trying to out them to their parents.”

The reaction I got was quite the opposite.

Here’s a comment I got from a middle school girl:

“I am a 13 year old girl in 7th grade. My mom showed me the thing you wrote about instagram. I really enjoyed it and took a lot from what you said. … I think what you did was great an I hope that a lot of parents will show that to their kids because it was true and made me think about it from a whole new perspective. I will admit I am guilty of many of the things you talked about, but after I read it, it made me not care anymore. Thank you for what you did and hopefully many other teens will take stuff from it too.”

“I’m 13 years old, and I wish that other kids my age would read this. I have an Instagram, but I don’t spend a lot of time on it, because honestly, it makes me feel bad. The popular kids always have to most followers, they always have the most likes,and sometimes I think that the only reason they actually post “selfies” is for reasurance and for the comments saying things like “You’re so pretty!!” Thank you for writing this. I hope it opens up more parents eyes to what kids are posting on the internet, and the real reason they are posting these things.“

Ok and maybe one more. From my new friend, Courtney:

“im 14 and in 8th grade. I read what you wrote.. it made me realize I have part of ny identity invested in social media. not in where it should be, which is The Lord! it showed me where my priorities should actually be at. thank you so much.”

Courtney even went on to suggest a future post for me about a different social site. (!!!)

I want to repeat that last sentence about 5 times because it is the very reason I’m passionate about these conversations.

Courtney, age 14, suggested additional material for me to talk about with you, her parents.

So…how does that work?

Well, if you read the first post and got panicky, go back through and read the comments. Those mommas/dads/youth ministers have some excellent, practical advice.

In fact, can I just share a few of their thoughts with you? 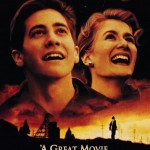 In Case You Missed It—Blogs and Updates
https://vimeo.com/735529751   I figured since we were halfway through 2022, I wanted...
view all Family blogs
What Are Your Thoughts?leave a comment

2 responses to “Instagram and Your Kids: Advice for Protecting Their Safety and Their Self-Image”