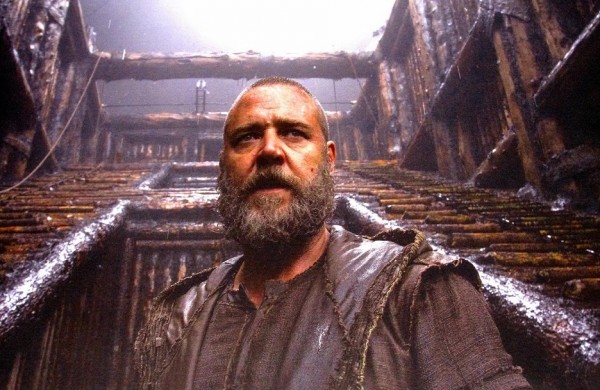 There was a pot of gold at the end of the Noah rainbow. Does this mean we can expect a deluge of Bible-themed movies?

“It’s been a long journey, but a spectacular finish,” said Rob Moore, Vice Chairman of Paramount Pictures, on Sunday. “The open was fantastic in the USA, but also in Russia, Korea, Mexico, Australia. It’s been successful everywhere it’s opened so far.”

In fact, in Russia, Noah debuted at $17.2 million, the fourth biggest opening and biggest non-sequel opening ever in that country.

The US domestic take for opening weekend will be $44 million, according to Paramount. Internationally, it earned $33.6 to bring the overseas cumulative box office to $51.1 million. The film opened in some international markets last week.

Paramount was predicting a domestic opening in the $30 to $33 million range on the $125 million budget movie, making the actual opening a 50% increase above the projections.

The intense debate over the appropriateness of the adaptation of the Biblical source material seemed to be a largely English speaking phenomenon, said Moore. “It was more of an issue in the US and the UK,” he said, “More people are excited about pictures with elements inspired by Biblical stories internationally.”

The shift to an increasingly global focus by studios will mean that the success of Noah internationally may smooth the path for future Bible films, Moore said. “The biggest dynamic that’s changed in the last five years is the global focus,” he said, “Movies that resonate with a global market have a bigger opportunity to get made because of their international appeal.”

Ultimately, and more importantly, Moore said, “You’re having a global conversation and a US conversation about the Bible and what the themes are.”

“The whole world is talking about Noah,” agreed Jonathan Bock, head of Grace Hill Media, a public relations boutique firm that specializes in the faith-based market and helped market Noah. “They’re discussing what’s in the Bible and what’s not in the Bible. How is this not a good thing?”

“This bodes well for the future of these films as well as Bible films in the pipeline to move forward,” said Bock, “Bible movies are back in a big way.”

Without a studio-produced Bible epic for fifty years, the bean-counters didn’t even have a good historical film performance from which to project box office gross, pointed out Bock. “You can’t go back and compare to Ben-Hur,” he said, “They’re trying to compare to Gravity, to Inception. To go out on a limb and make a movie with no historical data was a huge gamble that paid off tremendously.”

There were plenty on the Christian right predicting the movie would be a financial catastrophe of Biblical proportions. The advocacy group Faith Driven Consumers made waves in a Variety report with a flawed poll implying that 98% of the faith-based market disapproved of Noah and predicted in a press release on Friday, “In the case of Noah, Paramount has left untold millions of dollars on the table. This movie will be remembered by the faith community as an epic missed opportunity.”

“I would say those within the faith community who were predicting it to be a flop, they were 98% wrong,” said Bock. 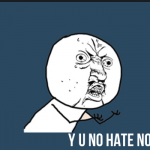 April 1, 2014 Barbara Nicolosi Accuses Me of Selling My Soul to 'Noah' Marketers - For a Stale Bagel
Recent Comments
8 Comments | Leave a Comment
Browse Our Archives
Related posts from Tinsel

How to Stop the Pursuer-Distancer Pattern in Relationships
During a recent couples counseling session, Karen, 37, and Rob, 40, discuss...
view all Family blogs
What Are Your Thoughts?leave a comment