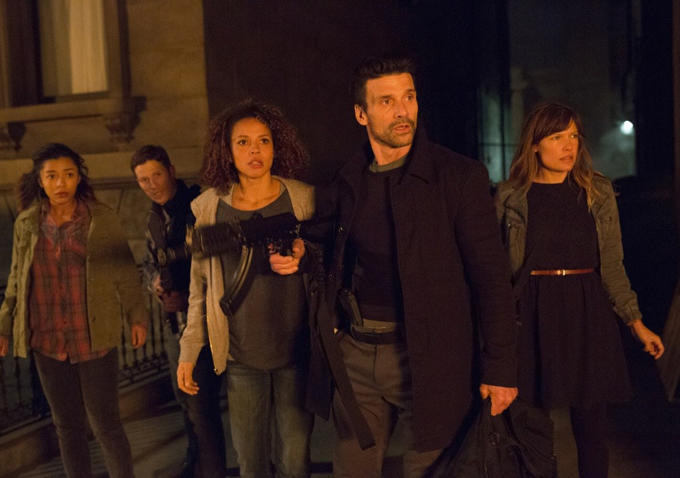 To enjoy The Purge (2013), and its sequel, The Purge: Anarchy (2014), which must have gone into conception about the day the first film left the hospital, you need to buy into an interesting, albeit nonsensical premise; that one day a year all crime is made legal to provide denizens with a cathartic purging of their criminal proclivities. For 12 hours on Purge Night, everyone is free to pillage, rape, and murder to their heart’s content, so they may “get it out of their system.” It’s the same logic that would go into giving a drug addict unlimited amounts of their vice for one day a year, so they’d have no interest in it the other 364 days.

Yet, if you are somehow able to ignore the lack of reasoning and larger implications of this system, and the film makes sure it doesn’t touch that with a ten foot pole (because, you know, that’d be a lot to think about), you may find yourself able to enjoy the ride–if only the ride included whispers of smart dialogue, and the occasionally compelling character or two. Unfortunately, however, The Purge: Anarchy is full of annoying characters, banal dialogue, and copious plot holes.

The Purge: Anarchy continues one year after the events of the first film. Sgt. Leo Barnes (played by Frank Grillo) is a man planning to use the legal freedom of Purge Night to get revenge on the man who killed his son until he is forced to team up with two pairs of survivors and get them to safety, while still allowing himself enough time to carry out his mission.

The first pair to join Leo is Eva (Carmen Ejogo) and Cali (Zoe Soul), a mother and daughter duo, respectively, who are rescued by Leo on the brink of their execution. Among the many awkward exchanges and relationship dynamics between characters in the film, these two characters provide perhaps the strangest. Both the mother and daughter seem to share romantic tensions with Leo that are left uncomfortably ambiguous. We’re never sure if he and the not-so-young daughter form a father-daughter bond or if their interactions are sexual. There’s evidence to support both, and each bit of evidence is through either awkward eye glances or cringe-worthy dialogue that makes either type of relationship unsettling. 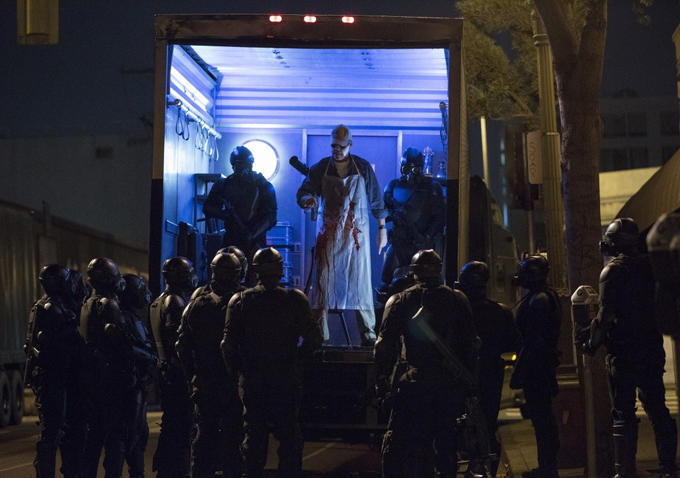 One such eye roller occurs when the team is walking down a tunnel and Cali won’t stop demanding that her savior tell her more about himself. Leo calmly repeats the words “stop talking” over and over for far longer than he has any reason to until he eventually gets forceful and Cali replies with her best unintentional middle school girl impression, “I’m going to stop talking now, but not because you told me to.”

The other two supporting characters are Shane (played by Zach Gilford) and Liz (Kiele Sanchez), a couple who we’re introduced to when their car breaks down in the middle of the city as the deafening siren signals the start of Purge Night. While the film’s intention here is to mimic the dread of that masterful scene in I Am Legend when Will Smith finds himself suspended upside down in the city as the sun fades over the horizon, all I can think is that Shane and Liz’s situation would be entirely avoidable had they not taken any chances and stayed clear of the city. It’s not a great indicator of strong character writing when our first thoughts of their actions are, “well, that was stupid.” Simply put, there’s a difference between flawed characters and characters that insult our intelligence.

As the characters tread deeper into the city and the Purge Night draws closer to an end, the situations get more and more ludicrous. At one point, the movie even veers into a blatant rip off of The Hunger Games when the team finds themselves being auctioned off to rich, upperclass citizens, and taken into an arena to be hunted like sport. In fact, the rich will even buy people so they can take part in Purge Night in “the safety of their home.” Add to that an elderly woman joyfully describing the pleasure of killing someone with a double barrel shotgun in front of a laughing audience of rich aristocrats, and any remaining sense of seriousness to this self-indulgent, wannabe social satire goes out the window.

The Purge: Anarchy is rated R for strong disturbing violence and language. 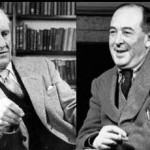 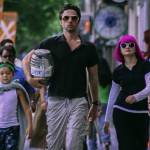 4 Things You Should Never Ever...
MarriageToday
Related posts from Tinsel