During this tumultuous Trump era in which islamophobia and anti-blackness have overt manifestations emanating from the executive branch of the world’s greatest superpower, Black Muslims, let us stand firmly upon the shoulders of those who came before us and remain unapologetically Black and Muslim.

Though Trump’s advisor on National Security, Michael Flynn sees our beautiful faith as a “malignant cancer,” let us double up our efforts to turn to our faith for freedom, justice, and equality  by continuing  our holy protest against the real cancer wreaking havoc in the world: white supremacy.

As Trump relies upon anti-black rhetorical tropes that attribute the high poverty and crime rates, substandard inner-city education to inherent black social dysfunction instead structural racism, let us look at our forefathers of Timbuktu in West Africa, who established superb schools producing wise black Muslims who were scholars of astronomy, mathematics, physics, algebra, Greek philosophy, as well as scholars of the Qur’an and Prophetic traditions.

Let us with God’s help seek to use the wisdom of our ancestors in Timbuktu to turn our desolate communities suffering under white supremacy into new Timbuktus which are oases of knowledge, wisdom, and understanding.

As our beloved black people are confined to unbearable oppression deprived by the white power structure of quality education, let us work to develop educational systems that will work to endow people with the mental prowess of Ayubba Diallo, who even after enduring the severe mental and psychological trauma of the middle passage managed to reproduce several flawless copies of the Qu’ran purely from memory.

Oh, Black Muslims, remember when the Arab Explorer Ibn Battuta came to our Mali Empire and said of it, “Complete and general safety one enjoys throughout the land.” And, ”Neither traveler nor inhabitant in it has anything to fear from robbers or men of violence”?  Oh Black Muslims, let us look to this as an example to take control of our own communities and turn them into safe places to a live free of the myriad vices that have crept under our communities as a direct result of oppression.

Oh, Black Muslims! While our communities suffer from poverty oppression, let us look to the example of the wealthiest man in world history – Mansa Musa, and cultivate wealth, industry, and enterprise and use our riches like the magnanimous Mansa Musa, to redistribute it to the poor and needy and to utilize it to build masjids, schools, and institutions wherein God’s name is revered and honored.

During these Trump Era, let us look to the great West African Ruler and Islamic scholar Uthman Dan Fodio who taught that for every tyrannous Pharaoh, a Moses would confront them. Let us continue to be fearless in our efforts to liberate our people and speak truth to power without fear of reprisal.

Oh, Black Muslims! Let’s seek to garner the courage of Omar Ibn Said, an enslaved African scholar who escaped from his tyrannical slave master and continued to make salah. Let us never forget that the power of prayer is the most powerful weapon in the hands of the oppressed and let us continue to use it faithfully.

Let us look Sahabah for strength like Licutan, the heroic mastermind of the Bahia slave revolts of Brazil, who when asked by his court prosecutors for his name, told them it was Bilal, maintaining his freedom struggle to the very end.

Let us never forget that though the banning of Muslims is an official U.S. policy, African Muslims such as Omar Ibn Said, Bilali Muhammad, and Ayubba Diallo, were brought to the United States against their will.

Let us never forget that enslaved African Muslims were not just adherents to Islam, but among their ranks included hafis of the Qu’ran, scholars of hadith, and learned jurists of the Maliki fiqh. Under the toils of slavery, let us never forget that those slave masters vehemently sought to eradicate Islam from its African adherents and forcibly Christianize the entire population.

Let us never forget the slave narrative of Abu Bakr Sadika which discusses how he eagerly studied Islamic sciences in his homeland in Timbuktu, yet his studies were interrupted as a result of his enslavement. Contrasting upon the abundance of Islamic knowledge in his homeland and his forced homeland under captivity Sadika states, “I am lost of these advantages: since my bondage I have become corrupt.” Let us never forget Sadika’s sorrow for his inability to worship Allah properly while under slavery.

Let us never forget that as a direct result of slavery, enslaved Africans were unable to transmit islamic knowledge transgenerationally and their descendants in the post-slavery era would become completely Christianized.

Though, they thought they succeeded in banning Islam and eradicating the faith among its enslaved African adherents: who coulda, woulda, predicted, that centuries later, the fearless oratory of Malcolm X, reminding black people that Islam was their religion by nature?

Despite the vigorous efforts of slave masters to ban Islam, centuries later, even the prejudicial court systems which relinquished Muhammad Ali’s heavyweight title and his license to box, failed utterly to extinguish Ali’s charismatic light that he used to stand firmly upon his Islamic beliefs and which won him the respect of millions.

Though enslaved African could not pass their faith to their  descendants who could have predicted Lauryn Hill in “Every ghetto, every city,”   who while singing about her upbringing says, “Everybody’s name was Muslim”— referring to the social phenomenon of African-Americans en-masse adopting Islamic names.

Though, Qu’ranic texts were banned from slaves, how could centuries later, singer Jill Scott discuss wanting a long walk in the park in order to, “talk about Surah 31:18’, referencing a surah named after an African wise man in the Qu’ran?

To what can we contribute that the descendants of enslaved African Muslims becoming reacquainted with the very religion the slave master so earnestly sought to eradicate? It is our spiritual resilience, they could not stop the power of prayer, which transcends lifetime.

In Trump’s America, let us neither waiver nor retreat from dawah. Instead, let us do what Mother Tynetta Muhammad once told us,”We have to quicken the pace because you are Muslims brothers whether you know it or not. If it were not so, we could not have survived slavery for now 436 years.”

Let us also  remember the words of our the great West African scholar Shaykh Abdullahi taught us,”Do not fear, in making manifest the religion of Muhammad. ”  So no matter how bleak things affairs may look, let us continue to be unapologetically black and Muslim. 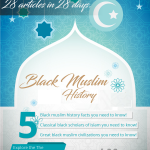 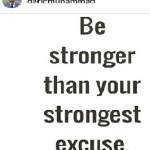 February 7, 2017 Self-Improvement in the Black Muslim Tradition!
Recent Comments
0 | Leave a Comment
"It is actually a jewish centre appropriated as usual by the muslims, by force, of ..."
Lea Williams Black Orientalism: Refutation from the Prophetic ..."
"When you stand with Minister Negro Hitler, aka Farrakhan that is the problem. Every time ..."
Greg Abdul Dawah in 21st century Black America: ..."
"Barros Serrano is definitely trolling. Folks that are threatened by truth, Justice, and Equality are ..."
Jeremy When Muslims Join Forces with an ..."
"Barros Serrano definitely hates Islam. Who else writes the Holy Quran as “Koran”? People who ..."
Jeremy France’s System White Supremacy & The ..."
Browse Our Archives
Related posts from Truth to Power