This is the eleventh and final entry in the Atheist round of the 2013 Ideological Turing Test.  This year, atheists and Christians responded to questions about sex, death, and literature.

Gay marriage doesn’t involve many changes to the structure of marriage itself, except for switching “bride” and “groom” over to “party one” and “party two” on forms. Legalized polygamy would require a radical rethinking of aspects of marriage. If Jane marries Joe and Greg, are Joe and Greg married to each other? Do they have any legal relationship with each other whatsoever? Will “brother-husband” be made into a legal category?

Poly marriage could be easily exploited by unscrupulous people. Spouses are not legally required to testify against each other; what’s to stop a mobster from requiring all his enforcers to marry him so that they can’t be made to testify? If Joe has six wives, do they all get Social Security survivor benefits when he dies? Can you marry all your overseas friends so they can immigrate to the US? The government could only give marital benefits to relationships it deems ‘genuine’ (as, indeed, it does with immigration), but that is both an infringement on personal privacy and likely to be very expensive to implement.

It is possible the conclusion is that the government should get out of the marriage business altogether, beyond some minimal procedures for power of attorney, hospital visitation, child support and custody, etc. However, I’m not certain of this claim. Marriage is important for social stability, raising children, and encouraging committed lifelong relationships, so the state has an interest in incentivizing it. Similarly, many of the easily exploitable laws are actually good ideas: people should be allowed to live in the same country as their spouses, and it would be inhumane to cut off the Social Security someone was using to live on when the person they loved their entire lives died.

Furthermore, not that many people would even benefit from legalized polygamy. Polyamorous people are a tiny percentage of the population, and many poly people have no or only one life partner. People who would want to get married to multiple people are a fraction of a fraction. If polyamory became more popular, it might be reasonable to redo the cost-benefit analysis– particularly since if there were more poly people we might have more of a sense of what shape polygamous marriage ought to take.

I actually have a far more extreme viewpoint on euthanasia than most people, even most atheists. I think assisted suicide should be legal, for everyone, even those who don’t have terminal illnesses. There should be common-sense regulations: people should have to talk to a counsellor to make sure that they are rationally capable of making the decision and not being forced, pressured, or coerced. If the person is ill or disabled, they should understand the self-reported quality of life of people with their disability (which is often much higher than people suppose) and the chance of recovery. They should have a waiting period of perhaps a month to make sure that they won’t change their minds.

I believe people do not have the responsibility to continue lives that are, in their best judgment, too painful to continue living– whether for reasons of mental or physical illness. I do not believe there is a moral requirement that people be miserable their entire lives. The only one capable of making the judgment is the individual themselves: they alone know what seemingly-horrible things they can be happy despite and what seemingly minor things destroy them; they are the least likely to have interests they put ahead of their own happiness.

This right should be extended to the mentally ill. Many mentally ill people are suicidal because they’re irrational: they believe they’re too horrible to deserve to live, or they don’t grasp that things will stop hurting if they hold on for one more day. However, some mentally ill people are suicidal because being mentally ill fucking hurts. I myself have a mental illness for which treatment was only developed in the past few decades; if I had been born before treatment was developed, I would rather die than continue to feel like I was for the rest of my life. I don’t think that’s “crazy”; I think that’s a rational response to extreme pain. (Of course, we should develop screening measures to distinguish between rationally and irrationally suicidal people.)

There is also the issue of coercion: both direct coercion and, more insidiously, societal coercion (for instance, for disabled people to die so they aren’t burdens on their families). I think both kinds of coercing people into euthanasia are evil. I find it dubious, however, that some of the people who are most concerned about coercion into euthanasia have no problems with coercing and guilting people into not killing themselves. (By this I mean both involuntary commitment and the “think of the people who love you grieving! Think of the people whom you could help in the future who’d never meet you! Suicide is really a selfish choice” school of suicide prevention.) While disrespecting bodily autonomy in a way that leaves people alive is better than doing it in a way that leaves people dead, can we try not doing it at all?

Incidentally, I find distinguishing between intentional killing and not giving people medical treatment to be horrific. If you take out someone’s feeding tube, they will slowly starve to death; how is that superior to a quick and painless death, other than making you feel the warm glow of self-satisfaction that you didn’t actually kill them? I care about reducing pain and about bodily autonomy more than I care about preserving moral purity. 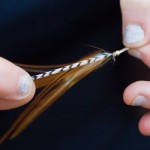 August 25, 2013 How Do You Solve a Problem Like Atonement?
Recent Comments
117 Comments | Leave a Comment
Browse Our Archives
get the latest from
Catholic
Sign up for our newsletter
POPULAR AT PATHEOS Catholic
1

Another Word on the Tragedy of...
Steel Magnificat
Related posts from Unequally Yoked