I know it’s been a while since I did Quick Takes, which kind of builds up tension for what link merits getting back on schedule.  Ohhh… that’ll do nicely.

Via io9, a video on how they built the Alien chestburster.  So clever!  And it’s a whole month and a half to Halloween, if you want to take inspiration.

And, of course, you can always costume on a budget.  I love this ongoing series called “Lavatory Self-Portraits in the Flemish Style.” 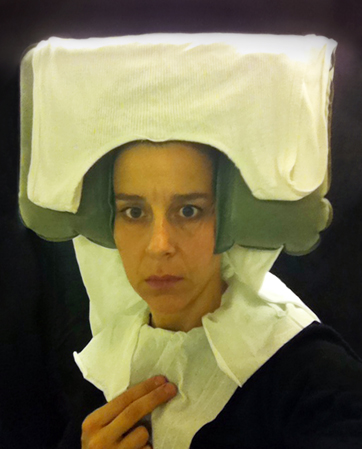 While in the lavatory on a domestic flight in March 2010, I spontaneously put a tissue paper toilet cover seat cover over my head and took a picture in the mirror using my cellphone. The image evoked 15th-century Flemish portraiture. I decided to add more images made in this mode and planned to take advantage of a long-haul flight from San Francisco to Auckland, guessing that there were likely to be long periods of time when no one was using the lavatory on the 14-hour flight. I made several forays to the bathroom from my aisle seat, and by the time we landed I had a large group of new photographs entitled Lavatory Self-Portraits in the Flemish Style. I was wearing a thin black scarf that I sometimes hung up on the wall behind me to create the deep black ground that is typical of these portraits.

Oh, and at the higher end of the costuming scale, I love it when cosplay videos come out after a con.

During the busy non-Quick Takes period, I’ve fallen in love with the blog Math with Bad Drawings, but I won’t link all the posts I’ve loved in the interim.  Just his explanation of Ultimate Tic Tac Toe.

It’s a little complicated to explain without his drawings, so go over and check it out.  But suffice to say each square in a normal tic-tac-toe board is here a smaller tic-tac-toe board and your win the big squares by winning the games embedded in them.  Oh, and:

You don’t get to pick which of the nine boards to play on. That’s determined by your opponent’s previous move. Whichever square he picks, that’s the board you must play in next. (And whichever square you pick will determine which board he plays on next.)

And this ballet article is kinda a proper segue, because it, um, involves convoluted, vaguely game theoretic maneuvering?  Anyway, at the Bolshoi Theatre, ballet dancers frequently hire confederates in the audience to lead applause after their solos.  They are known as claqueurs and are paid in free seats and other favors.  And hell hath no fury like a claqueur scorned:

But dancers’ reticence to talk about the claque is also out of self-preservation, since the Bolshoi’s claqueurs are known as thin-skinned and vengeful, with a range of inventive strategies for interfering with performances…

Mr. Abramov looked sympathetic when reminded of this. Yes, he and his troops took revenge on occasion. It is possible, for instance, to clap off-rhythm when a dancer is performing the series of difficult turns called fouettés, he said.

“Kolya fell down because of us many times, because I was at war with him for years and arranged these things for him,” he said, of Mr. Tsiskaridze. “Poor guy, in ‘Raymonda’ he screwed up the whole variation and flew off and ended up with his nose on the floor. In ‘Nutcracker’ once, I made him drop his fouetté, from way up high, and he sat down on his bottom, butt facing the hall. And we all laughed.”

Via Andrew Sullivan, an interesting architectural solution at Gallaudet:

And finally, my friend Ariel Baker-Gibbs wrote an excellent essay with Deidre Baker about ways of presenting ASL in text.

ASL is a challenge to print for the very reason that it makes people look: it is a language of space, movement, and body. It is not a written language, but one of physical action of which the sensible medium of preservation is video. The content of ASL can certainly be translated into English — or any other language — and, indeed, in North American educational settings, ASL signers are taught English as a second language for purposes of writing and reading. But in print, in representing ASL communication, simply to translate ASL into English omits something important about its difference in mode — and what that difference in mode might suggest about the perspectives, perceptions, and experiences of characters who sign. 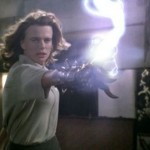 September 16, 2013 Sam Harris Throws Down His Gauntlet
Recent Comments
88 Comments | Leave a Comment
"Oh! And you can get there via Naval Gazing.(probably not by Navel Gazing...)"
TheSparksFlyUpward Too Sucky To Be True
"Hello, Deiseach!1. This is not an ad. (It always reassures me when someone says that!! ..."
TheSparksFlyUpward Too Sucky To Be True
""Do you honestly think that a child raised by a woman has no exposure to ..."
Zorin 2012 Queer Blogathon [Index Post]
"I'd love to see a video of how it works. keranique shampoo reviews"
Marlene Garza Welcome Camels with Hammers to Patheos!
Browse Our Archives
get the latest from
Catholic
Sign up for our newsletter
POPULAR AT PATHEOS Catholic
1