I wasn’t sure where to start in introducing some of the gurus, teachers, and schools of Hinduism. But then I thought I would start with Easwaran, since we’ve been reading his translation of the Upanishads.

Easwaran was born in Kerala and later moved to America. He learned Hinduism from his beloved grandmother and then was also influenced by Catholicism in school. He became a spiritual leader later in life after a career as an English professor. He married a non-Indian, American woman. He died in 1999 at the age of 88.

Easwaran brought his intellectual and modern background to his interpretation of Hinduism. He had a gift for simplifying difficult concepts and making it all feel easy. He truly emphasized unity and focusing on the similarities across religious traditions. He saw truth as beyond the label of Hindu or Christian or Islamic.

“His method is a practical approach that fits naturally into any faith, philosophy, or lifestyle, enabling us to bring universal ideals into daily life.” –http://www.easwaran.org/about-eknath-easwaran.html

He developed the passage meditation that I’ve mentioned before. It is a way of meditating that is non-denominational and can be used within any religious tradition.

I went to a weekend retreat with the Blue Mountain Center group in MA once. It was a very pleasant experience. We listened to lectures from Easwaran on video. We had discussions, ate light sattvic food. I came away with a respect for his teachings.

Easwaran founded the Blue Mountain Center in 1961 in the San Francisco Bay Area. It has grown and continued after his death. 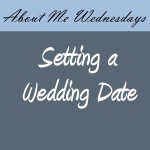 February 27, 2013 Wedding: Choosing a Date
Recent Comments
0 | Leave a Comment
Browse Our Archives
get the latest from
Hindu
Sign up for our newsletter
POPULAR AT PATHEOS Hindu
1