Holi is an Indian holiday for spring and it is just about the most fun you could possibly have!

This year it is March 27th and our local temple is doing its event Saturday March 30th. It usually lasts a couple of days and there is a bonfire on the last day.

The main event during holi is the throwing of colors. In India, you could be pelted with powdered color on the streets or hit with a water gun of colored water anywhere you go. Here in America, you’ve got to go to particular areas to participate.

This clip from the movie Outsourced is a fantastic introduction. This is what happens to an American in India who doesn’t know about Holi:

Though there are stories that go along with Holi, the emphasis is much more on the fun and family than on mythology. It is a way to welcome the spring.

The most common story told is that of the demon Holika (this version from Wikipedia):

Hiranyakashipu is the great king of demons, and he had been granted a boon by Brahma, which made it almost impossible for him to be killed. The boon was due to his long penance, after which he had demanded that he not be killed “during day or night; inside the home or outside, not on earth or in the sky; neither by a man nor an animal; neither by astra nor by shastra”. Consequently, he grew arrogant and attacked the Heavens and the Earth. He demanded that people stop worshipping Gods and start praising respectfully to him.

According to this belief, Hiranyakashipu’s own son, Prahlada, was a devotee of Vishnu. In spite of several threats from Hiranyakashipu, Prahlada continued offering prayers to Vishnu. He was poisoned by Hiranyakashipu, but the poison turned to nectar in his mouth. He was ordered to be trampled by elephants yet remained unharmed. He was put in a room with hungry, poisonous snakes and survived. All of Hiranyakashipu’s attempts to kill his son failed. Finally, he ordered young Prahlada to sit on a pyre in the lap of Holika, Hiranyakashipu’s demoness sister, who also could not die because she had a boon preventing her from being burned by fire. Prahlada readily accepted his father’s orders, and prayed to Lord Vishnu to keep him safe. When the fire started, everyone watched in amazement as Holika burnt to death, while Prahlada survived unharmed. The salvation of Prahlada and burning of Holika is celebrated as Holi.

This blog makes an interesting case for the meaning of Holi being covered in the colors of God: http://shivadarshan.com/2011/03/16/holi-hai/

Just Google “Holi event” and your area (city, state, county, etc.) and you should be able to find one to go to. They will almost certainly have colors for sale when you get there.

I highly recommend going with a group of friends, particularly if you aren’t Indian. When you show up and try to play holi with a bunch of strangers, it can feel awkward to be throwing color at them. They may also feel awkward about throwing color at you, not knowing if you really understand what you’re in for! Going with a group will help you get involved in the festivities.

The first one I ever went to was with my graduate school’s Hindu Student’s Association. It was the same day as Easter and after throwing color on a beach we went to Baskin Robbins where people in their church finery stared at us. Lots of fun!

This year we’re going to the Hare Krishna temple in Potomac MD. They do a big Holi event every year (I didn’t go last year, partly because if I remember right it was still snowing in March last year here).

Buy colors at a local Indian grocery or online at Amazon (click the pictures below to go to Amazon) if you want to host your own Holi event.

This article has some interesting points to make about Holi:

Holi is a time when traditional roles and levels of status in Indian society are turned upside down.

In one part of India there is a tradition of men and women taking part in a mock battle, however one of the rules is that the men are not allowed to fight back.

Holi is a festival enjoyed by all castes.

Holi is a great leveller.

By the time everyone has been covered in paint and coloured water, it’s pretty hard to see any of the normal clues as to who is what caste, or what class.

And because no-one is likely to take designer clothes out for a soaking, there’s not much chance of seeing who is rich and who is poor.

Holi is a festival that’s enjoyed by both high and low. Indian newspapers are likely to show pictures of ministers, even prime ministers, seriously splashed with paint.

March 22, 2013
Spiritual Tips From an Unexpected Source
Next Post 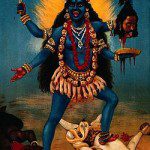