We are doing a scripture study together: reading along through some scriptures and discussing the passages. I’ve started with the Isha Upanishad. 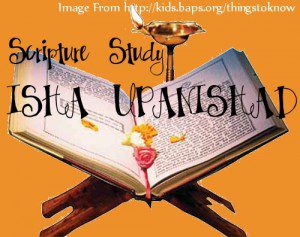 15) The door of the Truth is covered by a golden disc. Open it, O Nourisher! Remove it so that I who have been worshipping the Truth may behold It. -From http://www.swamij.com/upanishad-isha.htm

15) Truth lies concealed by golden vessel. Do thou o Sun! Open the entrance of that cover So as the Truth  you so concealed be visible to me, a devotee, who by nature is truthful, in the light of your illuminating Grace. -From http://www.boloji.com

15. The face of truth is covered with a golden disc. Unveil it, O Pushan, so that I who love the truth may see it. –http://www.astrojyoti.com/upanishadsinsanskrit.htm

Prabuddha Bharata (November 1982) interprets this “golden disc/vessel” as the buddhi within (which is our inner power of discrimination), golden because it is illuminated by the Atman. The buddhi needs to be cleansed and purified to reveal Truth.

Dr. R. K. Lahri interprets this as the moment that a person is on the verge of losing their ego-identification and becoming enlightened. He sees the golden disc as being the delusion of the world. The universe appears to us as a golden plate, but it is not true gold and the delusion of maya must be removed to see Truth. However, the first step is to remove the ego.

I can see the idea that the world is sparkly and beautiful and distracting. It is something that lulls us into sleep and we have to move that delusion out of our way to see reality. I wonder if the first interpretation is correct what “opening” the buddhi would look like. It sounds like opening of one’s mind to accept things beyond our basic understandings.

Looking at other verses around this one doesn’t give much insight about what this golden disc or vessel is. Certainly there is something covering over Truth because it is not easy for us to see it or agree on what it might be.

I would like to get to the point of being able to interpret the Sanskrit itself, but that is difficult. Even just looking up the individuals words in a Sanskrit dictionary is nearly impossible because it’s the kind of language where the words have extra letters or changes to the letters based on word position and a number of other factors. It’s an extremely complicated language (which I took one semester of in college and barely passed despite having parents who are Sanskrit scholars!) So I’m going to be working on figuring out a way to get an idea of what the original text says.

What is the Isha Upanishad?  There are hundreds of Upanishads, but ten are considered principle texts, the most important ones. This one was probably written between 1200 and 500 BCE. The word translates to “sitting down near,” which refers to a student sitting at the feet of a teacher.

Other Parts Of This Series: 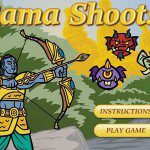 August 6, 2013 Who Is Krishna?
Recent Comments
1 Comment | Leave a Comment
Browse Our Archives
get the latest from
Hindu
Sign up for our newsletter
POPULAR AT PATHEOS Hindu
1