I read an article from Facebook about yet another white person who is out “saving the savages.” That might be a little harsh, but there does seem to be this savior complex with white people. We want to fix the world and be do-gooders but the attempts to help often turn out misguided and more than a little racist.

This “white person comes to save the non-white people from their own systems” is a very common narrative. We see it all the time in movies and books.

But these white people really do want to help! Why am I being so hard on them? Isn’t it good that people are trying to make the world a better place?

Here’s what I think happens…

Imagine you are a white person and you’re going to volunteer at a soup kitchen because you want to feel good about yourself and how charitable you are. But when you get there, you expect that you’ll be the person supervising, organizing, or deciding on the menu. You can’t understand why they would waste your talents having you chop potatoes and taking orders from other people.

I think on a larger scale that is happening. When we want to help others, we first have to listen to them (Click to Tweet). You can’t decide what’s best for other people. If there is an issue that you feel is unfair and you’re passionate about it, then talk to the people who are in the situation. Ask them how you can help and work for them. They’re the bosses. That’s what being an ally is about.

You can be a white person and still help with racial or cultural issues, but you have to do it by putting yourself at the service of the people who are living the situation and who understand it. It’s your job to scrub the toilets if that’s what you’re asked to do, not write the business plan.

Today is scripture study over at the Premium White Hindu blog. We’re starting on the first three verses of the Bhagavad Gita. 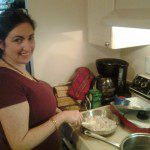 September 24, 2013 Shiva: Everything You Need To Know
Recent Comments
1 Comment | Leave a Comment
"guest writter and ambaa, what do you think of punishments in this life, for past ..."
mike malzahn Guest Post: Changes in the spiritual ..."
"Your blog is extremely brilliant. Quality contents are here.timperio olio"
Sodasirup4you The Wedding Dress
"https://www.dipikakaur.com/ https://uploads.disquscdn.c..."
Dipika Toys vs Sacred Objects
"Very Nice Posting.http://www.richaroy.co.in/"
Richa Roy Toys vs Sacred Objects
Browse Our Archives
get the latest from
The White Hindu
Sign up for our newsletter
Related posts from The White Hindu