It may surprise you to know that Brad and I have continued to have the Mormon missionary sisters over. We enjoy their company very much and they really do know how to have good, respectful, and interesting interfaith dialog.

An interesting dichotomy I have observed during discussion is that human beings having free will is critical and super important to the Mormons. At the same time they are happy to obey the rules “because God commands it.” Sometimes when they talk about God offering us free will, it makes me think that it’s not truly a free choice. It’s offered with the expectation that we had better still choose Him.

Sometimes they put it more that following the rules makes them happier and that makes sense to me. I think there is no such thing as commands. There are things that make us feel more at peace and in harmony with life and things that don’t. Wise sages have advised us in many religious traditions on how to increase the harmony. But it’s always just suggestions, ways you’ll probably be happier.

There are some religions, or at least branches of religions, that are very focused on THE RULES. There are lists of commands or rules that everyone is striving to follow as exactly as possible with the fear that God will be disappointed with them if they don’t do it. They’ll police each other on these rules as though God is more concerned with a woman not showing any hair than He is with people being kind and compassionate to one another.

This concern over what God commands or expects us to do is kind of foreign to the entire Hindu concept of God. A Deity might ask us to perform one specific act to get a particular result, but there’s a lot less in the way of hard and fast rules that always apply to everyone all the time.

In many religions, the rules are followed because God knows better than us, He is more powerful and more knowing. But for at least my branch of  Hinduism, God is not more powerful than we are, God is a part of us already and we have the ability to access the full knowledge of God if we only learn how.

To me, God is not a separate being, but is rather the act of being. Just a word given to the consciousness of existence. The act of existing is God.

To me part of the glorious challenge of being a Hindu is that we must figure out for ourselves what leads to a more peaceful (sattvic) state and what will long-term lead to misery. There are suggestions, such as meditate more or practice non-harm (ahimsa) or demonstrate deovtion to the divine with this ritual, but these are things to try for ourselves to see if they lead to greater joy or not.

We don’t have someone bigger than us ordering us what to do to please Him. We have guides along the way who are more advanced than we are, but at our core we are no different from each other or from God. At our core, we are all the same Atman.

Rules are an enormous temptation for me. When I was struggling to figure out what religion I was and considering religions to join, I nearly converted to Orthodox Judaism. I liked the dress code and the mitzvahs to be performed. The guidelines are laid out much more clearly. There are thousands of instructions between the Torah and the commentary. A rule has been created for just about every aspect of life one could imagine.

But I realized that for me, I use rules as an excuse not to think. (Not everyone does, I’m sure. And Judaism encourages a lot of thinking and studying and questioning). I long for rules because they give a sense of saftey. You don’t have to figure out what’s right and wrong, someone has conveniently already told you and all you have to do is obey. No thinking, no worrying, no uncertainty. The promise of so many religions is: Follow the rules, God will be pleased, you’ll be well taken care of for eternity.

We can ask favors of a God and give some amount of devotion or a particular ritual to try to gain that, but we have choice at all times and there isn’t punishment from above for not choosing what the Gods want us to. That’s real free will. There’s no threats, it’s just that your actions might not lead to the result you were hoping for. Or maybe they do.

The amazing thing is that we have an internal compass on morality. Most of us anyway! For some it is burried very deep in their psyche and difficult to access, but the vast majority of people will behave mostly dharmicly even if they are atheists or otherwise have no God breathing down their neck, threatening them with punishment.

Being too attached to the rules can lead to some ridiculously adharmic things. We must remain flexible and have our eyes open, to pay attention to when obeying the letter of the law destroys the spirit of it. Since we don’t have rules, we must be in the moment and figure out the dharmic action in each individual situation.

God doesn’t have to tell us what’s right and what’s wrong becuase our inner Self is God and already knows. 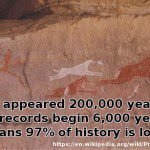