A Visit with Mormons

The last time a pair of Mormon missionaries knocked on my door (two years ago), I was not in the mood. I shortly told them that I had a religion already and I was very happy with it. They asked if I would tell them about it and I declined, suspecting that they were not going to be truly listening or learning anything about Hinduism.

But last week two girls knocked on my door and I didn’t feel as forceful or annoyed as I had before. Maybe because they were women, they put me at ease. Maybe because they mentioned knowing my very kind upstairs neighbors. I think perhaps these days I feel more confident and secure in my Hinduism and so am less defensive.

I was busy at that moment, but invited them to come back the next night where I planned to serve them homemade samosas and find out more about them. I didn’t want them to feel like they were wasting their time, but I do enjoy hearing people’s religious stories and how they find meaning in their lives.

The visit was completely delightful. We told them about our beliefs and they told us about theirs. It never felt like preaching. They seemed to respect that we weren’t lost souls yearning for meaning. They were so young and they seemed to approach the whole thing with the air of truly learning about other people and other beliefs. We were able to ask questions and answer questions without anyone feeling that her faith was being challenged.

We had such a good time, we invited them back this past weekend and we had another enjoyable conversation. They brought another member of their congregation, someone closer to our age, and we had a good friend of ours there too.

I was able to find some surprising moments of common ground and I remembered how much I enjoy talking about faith and belief and meaning in our lives. When you can trust the other person to approach that conversation honestly and without guile, it is really a lot of fun.

When they spoke about Jesus coming down because God needed to experience human life and emotion, it reminded me very much of the journey that we all take. For us, every one of us is God trying to experience emotion, mortality, etc.

One interesting point that we spoke about was the baptizing people after their death. Brad asked about this because at the previous visit the girls had emphasized how important free will is in Mormonism. In fact, to them Satan’s crime was trying to force people to follow the divine plan instead of allowing them to decide for themselves (a very interesting take!) So this time we learned that souls always have free will, even after death. If someone were to baptize you Mormon after you died, you’d still have the choice whether to accept or reject. (Also, apparently, it isn’t allowed to do this baptism unless its to members of your own immediate family).

The question has been raised at Patheos: can interfaith dialog be productive?

I suppose it matters what you are trying to produce. Two people of different faiths, equally devoted, are not going to sway the other to their own religion, but that isn’t (in my mind) the real purpose of interfaith dialog. When both people or groups respect one another and really listen, there is so much to learn. And I think it can and does humanize the other side.

Having such a positive interaction with Mormons will make me kinder to others in the future. I regret being snippy with Mormon missionaries in the past! The opportunity to welcome these girls into our home gave me the chance to practice true Hindu hospitality, treating the guest as God.

[When done badly, interfaith dialog can raise resentment, though. I’ve offered advice before of how to defend yourself if you find yourself accosted by not so respectful missionaries: How To Explain Hinduism] 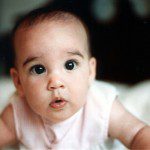