How Hard Should We Try to Have a Baby?

How Hard Should We Try to Have a Baby? February 5, 2014 Ambaa Choate

It’s been a little while since I’ve spoken about our baby making efforts. We’ve been trying to conceive for ten months now.

From everything you hear in health class or see on TV, you’d think making a baby is the easiest thing in the world (Hec, just look at most of the women in my family and you’ll get that idea too!). Look at a girl the wrong way and she gets pregnant! I knew it wasn’t that simple because I’ve done a lot of research on the subject. Still, it’s difficult to feel like you’re doing everything right and nothing is happening.

From charting my temperatures I have learned that there is a potential issue. Not a huge one, but my ovulation happens late in my cycle and there isn’t enough time for an egg to implant before the cycle starts over again. This is called short luteal phase or a luteal phase defect.

Here’s where things get tricky for me philosophically.

I tend to have a pretty fatalistic world view, meaning that I have a strong sense of things happen for a reason and nature knows best. My karma is what it is and if I am meant to be a mother, then I will be. I’ve long felt that I personally would not go as far as medical interventions like IVF and IUI. (Now, again, I say that for me. I don’t judge or look down on people who do go that route. I could very well be wrong and everyone has the right to do what seems like the correct action for them. Also, I support lesbian and gay couples being able to have children. Contradictory? Maybe, but contradiction is part of being human). I’m starting to see, though, that I don’t exactly know where the line is between natural and intervention.

I’ve been reading lately that sperm count in men has gone down drastically over the last fifty years and the normal count now would have been considered infertile in the 1950s. My first thought is that maybe this is nature’s way of dealing with over population and we’re messing it up with all these interventions. But then I stop and think that there could be other causes, like issues of health and nutrition. Also, the book I read is pretty America-focused and I don’t know if those studies were true of people in other parts of the world.

I’m all for being healthier. There’s plenty who say that all it takes to correct many problems with getting pregnant is eating more organic and nutritious food. I can do that. Being healthier is good for making babies, but it’s also good for me in general.

Then there is the suggestion that adding things like raspberry leaf tea and raw honey can help correct luteal phase problems. Is it intervention to add a few healthy herbs to my lifestyle?

Right now I’m mostly focusing on eating better, drinking tea with raw honey, and reducing stress. But I’ve also been getting acupuncture every couple of weeks. Is that an intervention? I started going when my period got suddenly erratic, which meant there must be an imbalance in my body. It’s good to get healthier by correcting imbalances, right?

Perhaps my thoughts on medical intervention for pregnancy have been wrong all along.

With the amount of guilt I feel over bringing new life into an overcrowded world (which is a feeling that might also be hampering my ability to conceive), I still don’t think I could go for IVF. But maybe a low dose of drugs or supplement to correct my short luteal phase?

I do want a baby very badly. I ache for a baby. I feel it in every molecule of my being. On the one hand it feels like I would do anything to get that, but on the other hand I am worried that I’m being selfish.

My own personal happiness just isn’t the top priority for me. Despite the incredible yearning, I can’t not think of the bigger picture and I have the understanding that there are some things I am meant to experience in this life and others I am not. Whatever I miss out on in this life, I’ll get in another. And future Ambaa will appreciate being a mother just as much as I would.

So right now I’m in flux, uncertain what the right thing for me is. We’ll see what happens. If I still don’t get pregnant, I’ll at least want to learn officially why before I decide what corrections would be acceptable to me.

(I know that the obvious solution for someone having trouble conceiving who is concerned about overpopulation is adoption. Adoption comes with its own issues and is not simple or easy. I also don’t think it’s right that it be looked at as a “back up” plan for when you would prefer a biological child. Adoption is something to be considered very seriously and it is something that I would need to do a lot more research on before adding it to my list of choices)

The other possibility is maybe it’s just not the right time. I don’t want to consume my days worrying over it and working at it, not enjoying my life because I’m obsessed with what I don’t have. I was that way about wanting to find a husband and now looking back at it I realize that Brad was always my destiny and I should have spent my twenties developing myself. I could have done a lot more if I didn’t spend so much time fretting over whether anyone would ever want to marry me.

I don’t want to fall into that same trap. I want to focus on living life and being present rather than fixating on a potential future. The baby fever is intense. It is very difficult to not get completely lost in it. In puja yesterday it came to me that while the timing for having a baby seems perfect to me, the Gods may have another time in mind for me. I felt like they were urging me to be patient and relax, enjoying what I have already in my life. Even if I don’t get pregnant this year or the next, it could still happen down the line.

UPDATE: I have learned a lot more and thought more deeeply and realized how off my instincts are when it comes to infertility. I’m learning that to fight to have a child is not going against fate at all. More posts showing my progress here: 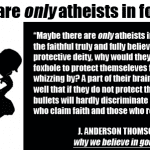