I hope I’m not the only one who has a notebook out for notes while watching Netflix when sick with the flu. I watched a lot of interesting things in the last couple of weeks as I’ve been recovering. Got caught up on things that I’d always meant to watch.

One thing I watched was one of these “mystery of the Sphinx” shows. This one brought up lots of fascinating evidence for the idea that the Sphinx is many years older than we originally thought and may have been built when the desert in that area was not a desert at all. As in, many years before the Ancient Egyptian culture that we are familiar with today.

I love learning about things like that because it’s so interesting to speculate about what life was like thousands of years ago. There’s so much we just don’t know.

I’m really getting into it until someone brings up aliens.

All credibility goes out the window.

Why do we have such a hard time believing that people thousands of years ago could construct amazing wonders that we struggle to do with modern equipment? Why’s it gotta be aliens? We seem to need to drag the idea of aleins into it because no way could ancient people have been…advanced.

This is one of those western ideas that is taking over the world and trampling other theories. We always have to be careful to examine our assumptions and make sure that we are really looking at the base level with no biases layered on top.

The western view depends on the idea of progress. We are continually improving ourselves and making life better. You would think by now we’d be living in some kind of paradise. Yet, tensions and hatreds continue to rise in the world. People don’t seem to be getting any nicer to one another.

The traditional eastern view is that the world in every aspect is subject to entropy and what started out good will get more and more chaotic and fall apart. You can even see a taste of this in the Jewish/Christian/Muslim Bible. The pre-Abraham split part where Eden is the beginning of time and that paradise is lost.

It’s hard for us to believe but it really is possible that ancient people were smarter than we are about some things.

They may have had knowledge and tools to create that we have no idea of.

Afterall, I don’t think evolution means getting smarter, I think it means getting more specifically adapted to one’s environment.

This may seem wacky, but I was taught growing up that the reason we don’t have written records for so much of human history is because back then people could remember much, much more and didn’t need to write things down.

Both Indian tradition and Greek tradition believe that the Golden Age is in our past and we are moving downwards to ages of more ignorance and more darkness. It is America with its pioneer history and spirit that’s creating this idea of progress, of making things better and better.

I believe that ancient man was a lot smarter than we give him credit for and he didn’t need to depend on aliens to do things for him. 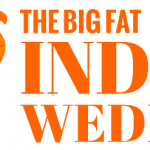