I have something to confess. I have not revealed that I have Asperger’s, which is a “syndrome” on the same spectrum as Autism (And I think it may now be considered a variation of Autism).

I’m not sure entirely what makes me “different” from…well, average? “Normal”? What do those even mean? But the point is, I only know my own experience. I know how my mind works and I’m told that it’s different from someone not on the spectrum of autism so I have to take people’s word for that.

I don’t think it’s a bad thing that I have it nor do I need to be comforted and told that I’m totally normal or pass for normal.

People sometimes rail against over-diagnosis or say how only people in rich, privileged countries claim to have these things (Actually a new study says “The risk of autistic disorder was 76% higher in children of black foreign-born mothers, compared with children of white, U.S.-born mothers”). But not having a word for it doesn’t mean you don’t have it. And sometimes you’re in a situation where you just have to muddle through and do the best you can even if you have a different skill set from what’s expected.

I just know that I wasn’t told that I had it until I was an adult and learning more about it made my life make sense in a new way. It provided an explanation for quirks I was never able to explain. As I like to say, it’s an explanation not an excuse. I’m not using it to get out of the hard work of self cultivation and striving towards enlightenment. Yes, I should learn as Krishna says, to be indifferent to hot or cold, but in the meantime I can understand that my visceral reaction to air against my skin happens because of AS.

The first thing you’re going to say is, “But you don’t seem autistic.” I seem fine, right? I seem like I communicate with no  problem. But you have to realize, you know me through the Internet. I am able to communicate in writing in a way that I can’t face to face. I’ve gotten better in real life too. I’m able to communicate and socialize about a thousand times better now than when I was twenty! Still, writing has always been an enormous blessing for me. I discovered that I could understand myself and my world only through writing it out. (I was a natural to grow up to become a blogger!)

I could go through every example of every symptom I’ve ever had to “prove” that I have AS but I don’t really feel the need to do that. I know I have it and I know that knowing that has helped me. Many people these days are claiming to have AS and I don’t think that’s a bad thing. It’s a long spectrum. Plus, as I said earlier, you only know your own mind and so you might not ever realize or take a long time to realize that you aren’t processing things the way most of the people around you are.

People say: you are God so you have no limits why put limits on yourself? I don’t look at it that way. I say it’s good to know where my boundaries are. I can choose to work at moving past them, but to do that I have to know where the blocks are and how to properly deal with the consequences of trying to move past them. If I know that certain situations trigger meltdowns for me then I’m going to think hard about whether I want to be in that situation. If I do, then I go in prepared and knowing that it could stress me to that point. I find that I have a lot fewer meltdowns when I have that mindset about it.

And I do improve. I can do things now that fifteen years ago I couldn’t. Things like eye contact, small talk, and awareness of how my obsessive talking about one thing was being perceived by others. Empathy is something that I train like a muscle. I don’t take for granted any communication or connection I have.

I also think that there is a lot of value that I bring to situations by having a brain that processes things differently from the standard norm. Yes, there are times it is a detriment like when sensory overload shuts me down or my thinking becomes too rigid, but many other times it allows me to see a different angle on something and bring a new perspective to issues.

I think it is crucial that humanity continue to have a variety of ways of thinking. We should not strive to all be the same, think the same, do the same. We need people who do different tasks and who bring new ways of looking at things. That doesn’t mean that we aren’t all ONE at our core. Yes, we are unity, but why would God have split himself into many parts to experience life if all those experiences were going to be identical? It’s in our diversity that we can see the huge variety of the face of God.

Girls are not diagnosed as frequently as boys, which doesn’t mean that fewer girls have it just that it’s harder to pick up on in girls. Some people think this is because the way girls are raised to be people-pleasers and learn really early on to imitate typical behavior. Regardless, this book Aspergirls

is very helpful for young woman realizing that they or their loved one may have Asperger’s. I highly recommend it! 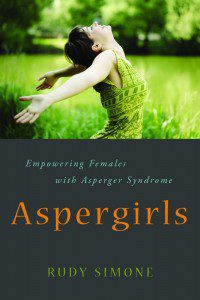 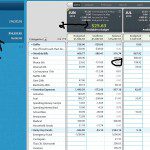 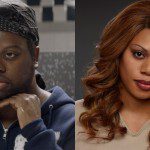 June 26, 2014 Trading Away Privilege
Recent Comments
10 Comments | Leave a Comment
Browse Our Archives
get the latest from
Hindu
Sign up for our newsletter
POPULAR AT PATHEOS Hindu
1