I enjoyed this movie more than I expected to. It’s pretty amazing that the kid was played by Amitabh Bachchan. I never would have guessed. I kept trying to see him under the makeup but I really couldn’t. Kind of clever to have the son played by the father of the actor who plays the father in the movie. Wow that was complicated.

Strangely I think my favorite part was in the very beginning before we even meet Auro. I loved the school fair and all the projects. Bandaids between India and Pakistan on a map made me tear up. And I agreed with Amol about the all white globe, even though Auro later said it was just a fluke.

Amol is the kind of politician you wish they all were. But this movie illustrates part of the issue that I have with politics, which is that you can’t easily tell who the “good guys” are. Despite how noble Amol is, his enemy is still able to make people believe that he is corrupt. How do we ever know who is above board and who is lying? I’ve never seen a politician in real life pull off a stunt like Amol did. (What a freaky few weeks of TV this must have been for people!)

I thought Abhishek Bachchan did a great job and so did Vidya Balan as Auro’s mom (also named Vidya). Vidya was also in Kahaani from a couple weeks back (And again played a character named Vidya!). I’d love to see more of her movies. She is not only gorgeous, but has the kind of face that you don’t want to ever look away from! So much expression. I could stare at her all day. Sorry, that’s creepy.

Other thoughts as I watched:

For next week I have another one that was suggested to me: Udaan. 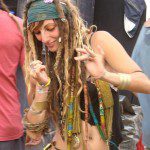 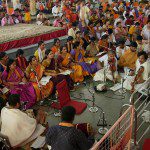 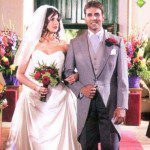