The second book in our book club series is Eat, Pray Love. Is it a Hindu book? Not exactly, but it is very relevant to the experiences of non-Indian Hindus. The author has a Hindu guru (whose identity has been rather easily found out by those familiar with the world of Indian gurus). Julia Roberts after playing the author in the movie, claimed to have become a Hindu. So I think it will be worthwhile to examine the experiences and stories that led these women towards Hinduism…

Here Gilbert speaks about her divorce and a little bit of how rough it was. She thought that since she and her husband were reasonable people who had cared for one another that they could split simply. That does not turn out to be the case.

We get very few details about what caused her marriage to fail. Understandably so, since that part is not just her story but belongs also to him. It’s difficult at times not to judge her. Particularly when she falls immediately into a relationship with a man younger than her.

Yet, she’s so brutally honest in laying bare her faults, that I find I have to respect her for it. She clearly knows she’s not perfect. That’s enough for me to keep liking her and following her story. For my friend who saw the movie with me it wasn’t.

However, I really relate to Gilbert in many ways. I like to think that I would not get a divorce no matter what, but I can’t know that. I had some close calls with relationships that could have turned into marriages and it would have been a mistake. It was lucky (and maybe the grace of the Gods) that kept me out of a similar situation.

The period of time this “bead” covers is apparently a few years. There’s an acrimonious divorce and a failing rebound relationship. Gilbert describes herself as “the planet’s most affectionate life-form (something like a cross between a golden retriever and a barnacle).” That sounds a lot like me! My grandmother once compared me to a parasite.

What I like in this part of the book is that Gilbert is honest and also funny. She’s self-aware and able to poke fun at herself.

There are hints here of what to come in the future of this book. Though we are reading about a bleak time, we are heading towards Italy, and India, and Indonesia.

Italian, Gilbert admits, is a funny desire for her. She feels a tug in her heart that she really wants to learn Italian, but why? She can see no practical purpose it would have in her life. But she decides to forget practicality for once and learn to listen to that voice within that knows what she wants.

Italian ends up being a wonderful way for Gilbert to focus her energy and survive the crushing emotions of divorce.

I like the admission here that it’s okay to throw yourself into something just because you want to, without any practical purpose that you know of. Sometimes I think our hearts or our subconscious is guiding us towards something that will enrich us, something we don’t know we need. Just follow the bliss as Joseph Campbell would say!

During this rough period in her life, Gilbert is introduced to Indian spirituality. The young man she is having a rebound relationship with is a devotee of an Indian guru and she begins attending chanting and meditation with him.

She has continually refused to give the name of the guru or the school that she became a part of, however it is instantly clear to anyone familiar with Indian gurus that the woman is the guru called Gurumayi and the organization is Siddha Yoga. This is interesting to note because this school has come under some heavy criticism. It was one of the really popular groups for young people in the 1980s exploring Indian philosophy, but there were some scandals and it is a much smaller community now.

Despite whatever may have gone on in the upper ranks of the organization, I feel like Gilbert’s experience is a great example of how a student can have an authentic spiritual experience and progress on a spiritual path even if her guides are not perfect.

The first chant she learns is Om Namah Shivaya, the translation for which she gives as “I honor the divinity that resides within me.”

I find that a strange translation, but I suppose that’s one way to think of it. What it means more literally is “I bow to Shiva.”

But then Shiva does reside in our hearts, I guess.

Hearing the guru speak for the first time in person, Gilbert says she knew immediately that she must get herself to the ashram in India.

One does not have to go to India to commune with the Gods, of course. We make our temple wherever we are. There’s a lovely poem/prayer that describes the body literally as the temple of God. Some would remind us that where ever you go, you take yourself with you, and so you cannot run away from yourself and your problems in a new place.

However. It really can help. Being in a place of concentrated spiritual energy can help cut through our mental resistances. Being in a new place can help shake us up and get us moving in new directions, loosening inertia.  In a place far from home, one might also have fewer distractions from a spiritual life. There is something to be said for traveling somewhere special in order to get in touch with your spiritual side.

I really do adore this book and at times I find it challenging to be objective and give good criticism, so if you have critique or a different point of view on it, please do speak up! 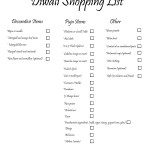 October 13, 2014 Diwali Time!
Recent Comments
2 Comments | Leave a Comment
Browse Our Archives
get the latest from
Hindu
Sign up for our newsletter
POPULAR AT PATHEOS Hindu
1