We are doing a scripture study together: reading along through some scriptures and discussing the passages. This is the fourth post on The Bhagavad Gita.

12. Making him (Duryodhana) happy, The aged Kuru, his grandsire, Roaring like a lion, Blew his conch horn powerfully.

13. And thereupon the conch horns and the kettledrums, The cymbals, drums, and trumpets All at once were sounded. The uproar was tremendous.

14. Then, standing in the great chariot Yoked with white horses, Krishna and Arjuna Sounded forth their divine conch horns.

17. And the King of Kashi, supreme archer, And Shikhandi, that great warrior, Dhrishtadyumna and Virata And Satyaki, the invincible;

18. Draupada amd the sons of Draupadi All together, O Lord of the Earth, Amd the strong armed son of Subhadra Blew their conch horns, each his own.

There’s some beautiful scene setting here. Can’t you just feel it as the uproar of horns sounds across the battle field?

At last we take the step back and see all the Pandava: Arjuna, Yudhisthira, Bhima, Nakula and Sahadeva. We see others who have big roles to play in destiny. Shikhandi, for example, is the male rebirth of Ambaa, a woman who sacrificed everything for revenge on Bhishma.

Verse 18 really emphasizes for me how much Draupadi stands to lose in this battle. The Pandava are her husbands, and her sons are also fighting. As is her father, Draupada, and her brother Dhrishtadyumna.

Often the way the Gita is described, Arjuna balks at the point when he is supposed to blow the conch shell to begin the battle. But reading the text we can see that he does blow his horn, as does every one else. And each conch horn has a name. Just as later on the special weapon of each warrior also has a name.

Diving into the details of the text…

The “grandsire” of verse 12 is Bhishma, the eldest member of the Kuru clan. “Powerfully” there can also be “full of dignity” and “searingly.” In verse 14, the text doesn’t use the names Krishna and Arjuna. It says “Descendant of Madhu” and “Son of Pandu.” It’s clear which son of Pandu they are speaking of, since Arjuna is the one riding with Krishna, a part of the Yadavas tribe descended from Madhu (not, the commentary mentions, the same Madhu who was an asura killed by Vishnu).

The names of the conch horns:

Panchajanya is Krishna’s conch, named for the demon Pancajana that Krishna killed. (And here the text calls Krishna “the bristling haired” one).

Devadatta is Arjuna’s conch, meaning “God given.” (Here the text calls Arjuna “Conqueror of Wealth,” which Sargeant says is a common epithet of Arjuna).

Paundra is Bhima’s horn. The commentary says it was possibly named for a king of eastern India thought to be a brother of Krishna’s. (Here the text calls Bhima “wolf-bellied” for his legendary appetite).

Anantavijaya is Yudhishthira’s horn. The name means “unending victory.” Yudhishthira is called King because he is the eldest of the (known) Pandava and so it is his right to the throne that is being fought for.

Sughosa is Nakula’s horn, which means “making a great noise.”

In verse 17 there are a few new names. The King of Kashi doesn’t seem to be a main character, just one of the many kings allied with the Pandavas. There’s a lot of people vying for his title of “supreme archer.” Arjuna is said to be the best archer too. And a young boy named Eklavya was maimed so Arjuna could keep being called the greatest archer. Karna also believes himself Arjuna’s equal in archery.

Virata is a king with whom the Pandava hid during their thirteenth year in exile (they needed to live in the forest for twelve years and then spend a thirteenth year hidden and in disguise…because they lost a bet…it’s complicated).

Satyaki is another ally of the Pandavas. The title “invincible” could also be translated as “unconquered,” which makes more sense. Bhishma is invincible, but I think he’s the only one. Satyaki just may not have ever lost a fight.

In verse 18 “O Lord of the Earth” reminds us that this is all being narrated by Sanjaya to Dhritarastra, the blind king. The “strong armed son of Subhadra” is Abhimanyu. Subhadra is his mother, a sister of Krishna’s. And Arjuna is his father (Subhadra being Arjuna’s second wife after Draupadi). Abhimanyu has a fateful role to play in this war too.

The stage is definitely set for the dramatic revelation of truth that is about to take place. 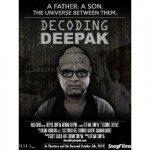