I happened to be watching the fun series “Everything Wrong With…” on Youtube and in the Return of the Jedi one there was a moment where he saw a “sin” that to me is just the basic Hindu philosophy that a lot of Star Wars is based on.

How does Luke become dark side if he kills the bad guy? The commentator wonders. Why is giving in to his anger bad when he is facing the evil emperor? How can the light side win if the bad guy is not killed?

And here is where he betrays a lack of knowledge about eastern philosophy. Killing and Anger don’t have to go together.

“Is he supposed to kill these guys with warm feelings?”

In a way, yes. He is supposed to kill them while remaining calm and in control of his emotions. He is meant to kill the emperor because it is the right thing to do and not because he hates him or is angry. When one acts from anger, the result is not usually good. It shows a dangerous lack of control. A warrior who is tasked with bringing justice must be able to control his emotions and act from a place that is rational and objective.

So it is possible for Luke to kill the emperor without giving in to anger or hate. Might be a bit beyond the small amount of training Luke has had, though. 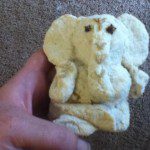 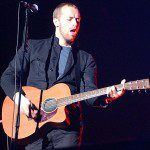 February 1, 2016 A New Case of Appropriation?
Recent Comments
5 Comments | Leave a Comment
"That is exactly what I was going to say. If you wanted, you could give ..."
Let Go How Do You Explain a Bindi ..."
"Are you able to see what I write? I wrote a comment on karma and ..."
Let Go Karma Is Hard To Understand
"There is no understanding. Karma is not about "getting what you deserved". And just because ..."
Marc Wagner Karma Is Hard To Understand
"call girls whitefield ###call girls yelahanka ###call girls yeshwanthpur ###call girls banashankari ###call girls banaswadi ..."
jenyvarma Toys vs Sacred Objects
Browse Our Archives
Follow Us!