A New Case of Appropriation?

There’s been buzz going around lately about a music video put out by Coldplay featuring Beyonce that is set in India. Brown Girl Magazine asked people for their responses and here are their thoughts…

Hymn For the Weekend: Cultural Appropriation or Not?

This article at The Independent rounds up many responses, many of them positive or not seeing what the issue is.

“These videos, along with Coldplay’s, continue a long, dubious tradition of depicting India as a backdrop for western fun and enlightenment.” –http://www.theguardian.com/commentisfree/2016/feb/01/super-bowl-halftime-show-coldplay-beyonce-cultural-appropriation-india-bollywood

As usual the question gets raised: is it appropriation or is it appreciation?

To me what makes it lean more towards appropriation is how the Indian people themselves are in the background and on the margins. If you’re going to appreciate the culture, raise up the people of that culture.

Another strange thing is that the song has nothing to do with India and so the choice of backdrop seems to be purely for the exotic and interesting scenery.

One thing that I wonder is whether dedication makes a difference here. What I mean is that I obviously get looked at by some as being appropriative. There are those who don’t think that I can or should participate in Hindu culture. But I do. Many others respect my place in Hinduism because I have not been flighty with it. I’ve been dedicated to Hinduism for over ten years and practiced Hinduism before I even knew that’s what it was.

If a Western musician was to declare themselves a Hindu and stay true to that, would the discussion be different?

I think of Gwen Stefani, who was enamored of Indian culture and bindis in the 90s. But she lost interest in that and went through a phase of Black American culture and then into Japanese culture. If she had stayed connected to Indian culture all these years, would we have respect for that? 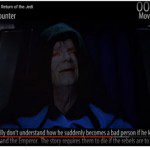 January 29, 2016
Maybe Cause You Don't Understand Eastern Philosophy
Next Post 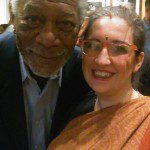