When I Disagree with Feminism

Note: Now that this article has been posted on the Patheos main page, I’ve gotten a lot of anger about it. I feel that I made a big mis-step in writing out these thoughts. You guys who know me know that I like to ponder things “out loud” through writing and I’m not trying to make the argument that I’m the one who is right about everything. I wanted to bring up these issues because they are things that I’ve been thinking about. But I guess I should have kept my mouth shut. Most of the time I think that I’ve grown beyond the conservative gender roles of my upbringing but a lot of it is very deeply ingrained. So I guess that’s where I get these ideas from. I don’t know. I just wanted to suggest less divisiveness and making a happier world. Now it seems that people will call into question everything I’ve ever said because of these thoughts. I’m sorry that I wrote this and I’m sorry that I published it.

It took me a while to identify as feminist. But when someone described it as the “radical idea that women are human beings” it really clicked for me. Yes, I’m a feminist. Of course I’m a feminist!

That said, there are some popular feminist ideas going around that I’m not entirely sure about.

Apparently a lot of women get offended when someone tells them they should smile. I guess that could be seen as policing someone else’s emotions and maybe it is seen as telling women that they have to be happy all the time and they have to put on a happy face. But why are we all going around frowning all the time?

The “resting bitch face” idea is true of some people. But not nearly as many as like to claim it. Some people look unhappy when their face is neutral. But even those people can smile more. We can all smile more. Not just women.

I made the decision several years ago that my default expression would be smiling. And that has been a wonderful thing for my life. Smiling at people lifts their spirits, they smile back, it lifts my spirits, and we’re all happier for it. Women and men both should be smiling more!

I have never experienced street harassment/cat calling/eve teasing. Never. Some of you I know will say that maybe I’m just not that attractive. It’s certainly been said before. But from what I’ve been told street harassment has very little to do with a woman’s actual physical beauty. Add to that the fact that there have been times in my life when I was more attractive than I might be today. When I was young and living in Los Angeles I had waist-length black hair and a figure of 36-26-36 (often considered ideal. A size zero hourglass). But still no degrading comments about my appearance.

I can certainly see street harassment being a problem but I wonder if promoting the idea that all women experience this is seeing more problems than actually exist. I often complain that when people say they are being honest that they are actually just being mean. I would like to see people be honest about positive things, but if we label every compliment as harassment that can’t happen.

I remember rushing off the subway towards a Hindi class a few years ago. And as I dashed past a very stylishly dressed Black man, he said, “That shirt looks great on you.” It made my day! He said it with such kindness and sincerity and I thanked him and went on my way. I felt happy and uplifted. That’s a genuine compliment. That’s not the same thing as street harassment.

I think it might benefit us all to assume good intentions from people. Yes there are times when a woman is being harassed and harmed, but taking offense at genuine compliments just seems to make the world a sadder place.

When I was working at the grocery store an older man told me that I had a beautiful smile. And I happily accepted the compliment. He was relieved. He started complaining about how you can’t say anything to anyone these days without getting yelled at. It was awkward as he ranted but I also felt for him as he never knew if it was safe to say something nice to someone. Is it not weird that we’re afraid to say something nice to someone?

Perhaps the solution is to not discriminate these things just based on gender. We should offer compliments to both women and men. We can all remind each other to smile. It doesn’t solve all your problems but it sure doesn’t hurt!

Let’s start remembering that the other people around us are manifestations of God and sharing happiness with them will help remind them of their divinity. 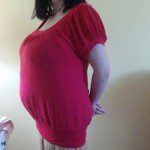