I Can’t Wake Up From This Dystopian Nightmare

It is surreal to be in a world that would put a racist pig into such a dignified and important office. I never thought it would come to this. At first it was like a joke and now it’s a sick reality. I have to respect that this is what the American people want (unlike our current President I respect democracy. Let’s just hope four years from now we still have democracy).

This isn’t a matter of my side losing. I knew that we had a great Democrat President for eight years and I was ready to give Republicans their turn. We all want what’s best for America and we have different ideas of how to get there. And then Republicans go and choose someone who seems to go against most of what they have stood for. No family values, no dignity, no compassion, no “Christian” values. A party that believes in tradition put their weight behind a man with no experience and no qualifications who only speaks lies and hatred. My mind just cannot compute how this is possible.

This is the sort of person who would arrest people who criticize him so I had better stop talking.

If you need me I’ll be burying my head in the sand and fighting suicidal urges. 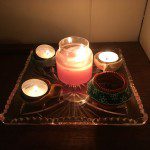 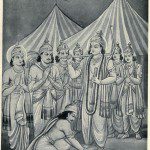 December 1, 2016 How Do I Honor The God Within Trump?
Recent Comments
11 Comments | Leave a Comment
Browse Our Archives
Related posts from The White Hindu