How Do I Honor The God Within Trump?

I hate to inflate the man’s ego, but the fact is Trump has God within him just as much as you and I do.

If I were a good Hindu I would be able to see and respect God within his form. What really prevents me is that if I were to give him that respect, wouldn’t it be condoning the attitudes and behaviors of his that are deplorable and adharmic?

There’s a phrase, hate the sin but love the sinner. Usually when people say that, though, they’re just using the excuse to be condescending, smug, and judgmental.

Do I think I know better what God wants? What God likes? I am loath to say that but then I can’t imagine a world in which God approves of molesting women, mocking people’s disabilities, encouraging hate and violence against others, and fanning the flames of white supremacy.

Can I see past that to the divine underneath? If I do manage to do that, does it endanger and disrespect the people whose lives are in danger because of Trump’s policies? As a white person I might have the luxury to work on loving (vomit) Trump the way I try to do with all people. But as someone trying to be an ally to others, does my doing that put them in more danger? How can I balance the responsibility to love and honor everyone when loving and honoring one disrespects the other?

One of the practices I use when I’m trying to see an “other” as my “self” is to think of that person as a relative. To think “mother” or “brother” etc. when meeting someone. As far as I can get with Trump is seeing him as a racist hateful grandparent. Maybe that’s a start towards having some sympathy for him.

But I still wonder how I can see God within him while still fighting tooth and nail against the harmful things he wants to do to other people.

November 9, 2016
I Can't Wake Up From This Dystopian Nightmare
Next Post 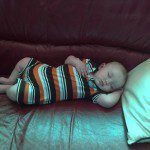