A Solution For School Shootings

I have been listening carefully to all the points of view on what will help curb America’s terrifying problem with school shooters. I believe I know an approach that will help, but it is going to take money. Significant money for every step. So what we need to be marching for and calling our congresspeople for and petitioning the government for is the funding to make these things happen:

So yes, this all requires money. And schools already are completely strapped. Teachers are buying their own classroom supplies at this point. We need to be able to take at least a tiny percentage of something like military spending to fix these problems.

In the national debate that has followed the killings at Sandy Hook Elementary School in Newtown, much of the focus has been on regulating firearms. But many law enforcement and mental health experts believe that developing comprehensive approaches to prevention is equally important. In many cases, they note, the perpetrators of such violence are troubled young people who have signaled their distress to others and who might have been stopped had they received appropriate help. –https://www.nytimes.com/2013/03/15/us/in-los-angeles-focusing-on-violence-before-it-occurs.html 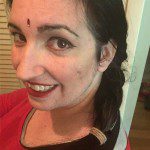 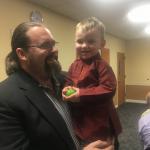