What isn’t allowed is for teachers and authority figures to lead prayers or support one religion over another.

And if you think about it, that’s a very good thing. There was an incident several months ago where a public school teacher was doing a lesson on the history of Islam and had the students writing Arabic. What she didn’t realize is that the Arabic she picked was the conversion prayer: “There is no God but Allah and Mohammad is his prophet.”

Parents were angry and rightfully so, I think. It’s not that that teacher was trying to convert students to Islam, she honestly didn’t realize and it was a mistake. But imagine if your child’s teacher was pushing Islam on her. It’s the same thing if a public school teacher were pushing Christianity.

In school you can learn about religions, learn about the history of religion, even study the Bible as literature. But the line gets crossed when those lessons present one religion (or atheism) as truth. That’s not the place of a public school teacher, as a representative of the government.

We have the separation of religion and government in America to protect us all. It allows us the freedom to practice our religion as we see fit without interference from the government. When the government gets into the business of dictating which religion is best, you end up with people’s other religious practices becoming illegal.

If anyone tells your child they shouldn’t pray in school, fight back. Tell your child that they can pray quietly on their own whenever they like. But remind them that they shouldn’t try to coerce other kids into praying with them. After all, Jesus does say that you should pray quietly in a closet without letting anyone know you are doing it. He was against the ostentatious showing off of prayer. 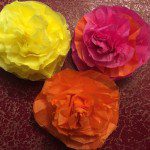 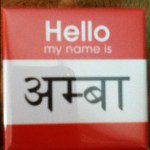