We are doing a scripture study together: reading along through some scriptures and discussing the passages. Here are all of the posts on the previous verses for the Gita: Bhagavad Gita Study 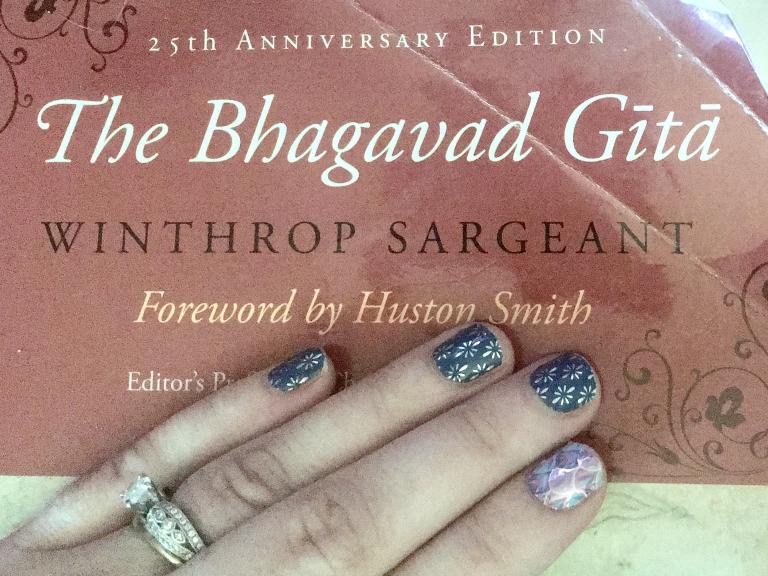 From the Winthrop Sargeant translation of The Bhagavad Gita…

8. For the protection of the good
And the destruction of evil doers,
For the sake of establishing righteousness,
I am born in every age.

9. He who knows in truth
My divine birth and action,
Having left his body, he is
Not reborn; he comes to Me, Arjuna.

10. Thinking solely of Me, resorting to Me,
Many whose greed, fear, and anger have departed,
Purified by the austerity of knowledge,
Have attained My state of being.

11. In whatever way,
Men take refuge in Me, I reward them.
Men everywhere, Arjuna,
Follow My path.

“The good’ is “saadhuunaam” and “evil doers” is “dushkrtaam” I have not encountered these terms before. It’s interesting to note that it is not evil people but people who do evil. An important distinction.

Righteousness is, of course, dharma.

In every age is yuge yuge, as in “age after age.” Considering that it is traditionally believed that there are ten avatars of Vishnu (one who has not come yet), and there are four Yugas/ages, I’m not sure about the translation of “I am born in every age.” It seems that Lord Vishnu comes more than just once every age!

Divine birth and action is divyam janma and karma respectively.

Commentaries From the Gurus

It seems strange that Sri Krishna refers to himself as having karma, but in the commentary Sri Shankara says that it is a birth with “the nature of an appearance, and My work…are divine and lordly, and not material.”

“This path to emancipation has not been opened up just now; on the contrary, it existed in the past, too.” This is a key comment to understand that access to God and Truth does not begin with this embodiment of Vishnu, i.e., Krishna. This is not new information, but information that the world needed to be reminded of.

Verse ten is translated by Sri Shankara as:

Free from passion, fear, and wrath, filled with My power, dependent on Me, and purges by the austerity of knowledge, many have attained My status.” And he further explains “Dependence on Me” means people who “perceive their non-difference from the Lord.” Emancipation is “the status of the Lord.”

For verse 11, Sri Shankara says that in whatever way people approach Krishna, that is the manner he responds in. If people come to God looking for particular fruit, to attain something, God gives it to them. But those people are not seeking freedom/Moksha. “Whatsoever the manner in which men approach Me, and whatever fruits they have in view to gain, in that very manner I resort to them, i.e., I bless them granting them those very fruits, for they do not seek emancipation. Indeed one cannot at once seek a finite fruit and emancipation together.”

“In all conceivable ways, men tread paths leading to Me, the Lord, in My countless states.”

I do try to “stay in my lane”, as it were and focus on my own spiritual path and not other people’s, but to be honest I fail at that a lot. And a big reason for that is the religions that believe they have the exclusive access to God and Truth. And I can’t help but be struck this week that while one statement of Jesus (“I am the way, the truth, and the life, no one comes to the father but through me”) is used to justify Christianity coercing and threatening people into conversion but this statement of Krishna’s is not used that way!

In whatever way,
Men take refuge in Me, I reward them.
Men everywhere, Arjuna,
Follow My path.

This is a very similar sentiment, but Hindus understand that Krishna is speaking about his divine Self and not his particular name and body. There are some Christians who understand this too but it is staggering to me that so many insist that this statement means Truth is only accessible through that one body.

I wish everyone would learn from Hinduism that if an avatar of God tells you to focus on “Me” and “follow Me” that he doesn’t mean his particular body! The body is just a vessel. Learn from the teachings of that person!

Brian Hanechak
Amit Agarwal
(views expressed here are mine alone and do not reflect opinions of my supporters. Links within the text may be affiliate links, meaning that if you purchase something I get a small commission for recommending it. I only recommend things I truly believe in) 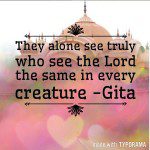 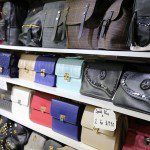