Why I Want My Kids to “Party” More 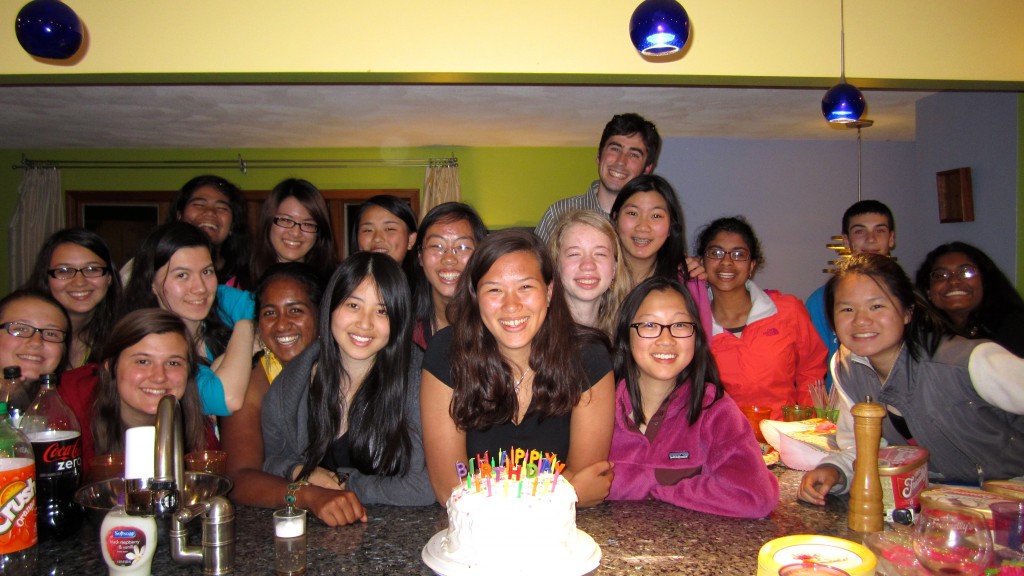 If I do say so myself, I just threw Ling a bang-up 17th birthday party.  Despite being a high introvert who often likes quieter gatherings, she wanted to invite 20 some kids.  (A benefit of hanging out with Asians is we “clump,” which means if you hang out with us long enough, you’ll automatically be included.  The downside?  You can’t exclude anyone without hurting feelings.  Hence 20 some kids.)

“We can’t fit 20 kids in our house for 5 hours,” was my first response.  But I was determined to make it work.

My kids are strange compared to most American kids.  Heck, even I was more “normal” despite my Chinese immigrant parents who didn’t let me do extra-curricular activities because they wanted me to study.

For whatever reason, my kids don’t go to many parties, they don’t hang out with a lot of friends after school/sports hours, they don’t spend most weekends on sleep-overs or other social events.  Instead, they seem pretty content to spend their free time lounging around our house annoying each other and me.

So I spend an inordinate amount of time pressuring them to invite friends over, throw a movie party, have a sleep-over, invite kids to swim. . . mostly to no avail.  For 2 years now I’ve challenged Ling to throw a monthly party/event.

“Your friends are living my life!” I say, “Only their parents are less Americanized than my parents because they came later to America!  You would bless them if you helped them have fun!”

These days the verb “party” means drinking, maybe drugs, probably hooking up.  And of course I don’t want that for my kids, nor do I want to ever host that sort of event.  But I do want my kids to party the way Jesus did—going on adventures with good friends, welcoming those who “proper” folks might shun, turning plain things into lavish goodness (ala water into wine) so someone else’s party thrives.

So how did I handle 20 some high schoolers?  Get them out of the house for 2 hours.  I fed them (lobster mac & cheese, regular mac & cheese, and Caesar salad) then gave them the grand challenge:  a Photo Scavenger Hunt Extraordinaire.

I broke them into 3 random groups and sent them to take photos like: 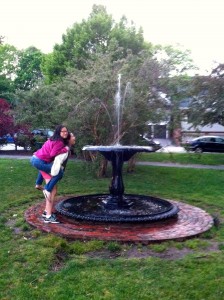 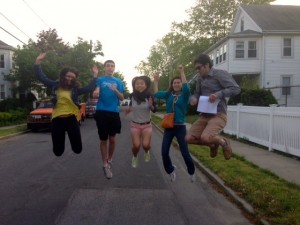 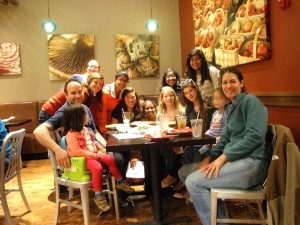 While they were gone, Scott and I enjoyed a leisurely dinner and great conversation with the parents of one of the kids!

When the kids came back, I fed them cake and ice cream, they went downstairs to sing (in unison) along to You tube karaoke.  Other than disgruntled siblings who couldn’t stand the noise, noise, noise, noise everything went pretty well.

May 29, 2013 High School Reunion Jitters
Recent Comments
0 | Leave a Comment
Browse Our Archives
get the latest from
Family
Sign up for our newsletter
POPULAR AT PATHEOS Family
1