We don’t normally look for major pieces about the history of Christian missions in the prestigious American Political Science Review, so it’s worth pointing out a fascinating piece in the most recent issue. Sociologist Robert Woodberry has an article there on “The Missionary Roots of Liberal Democracy,” tracing the impact of Protestant evangelistic efforts on the planting and nourishing of democratic models in the Global South. He stresses not just missions, or Protestant missions, but what he terms “Conversionary Protestants,” CPs. His argument is really important for understanding contemporary global affairs.

As he explains, the missionaries did not have that democratic expansion as their primary goal, but that was the outcome. “In trying to spread their faith, CPs expanded religious liberty, overcame resistance to mass education and printing, fostered civil society, moderated colonial abuses, and dissipated elite power. These conditions laid a foundation for democracy and long-term economic growth.” Their legacy of democratic action and civic participation  outlasted the collapse of the old empires that had originally supported them.

Woodberry shows a strong correlation between Protestant missionary efforts and present-day democracy, and he successfully tackles any counter-claims suggesting that other features might be at work. Democracy did not just result from (for instance) successful economic development, rich natural resources, favorable climate conditions, or the successful planting of Western legal models: missions mattered crucially. He makes a bold case, and he fully justifies it, combining historical and sociological evidence in a sophisticated way. In fact, this article is a great example for anyone wanting to see how social science can and should be integrated into conventional historical approaches.

The conclusion demands attention: “A century ago Max Weber argued that Protestantism helped spur the rise of capitalism. Some of his causal mechanisms may be wrong, but his main intuition seems right: Religious beliefs and institutions matter. What we consider modernity was not the inevitable result of economic development, urbanization, industrialization, secularization, or the Enlightenment, but a far more contingent process profoundly shaped by activist religion.”

Conversely, we can make a negative argument, namely that the absence of “CP’s” and their missions contributed to the absence of democracy, or the failure of democratic models that originally seemed to be on the road to success.

I very much hope he develops this important article into a major book, and soon! 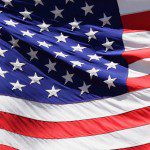 July 6, 2012 TEACHING TRUTH WITH FICTION
Recent Comments
4 Comments | Leave a Comment
"You're whistling in the dark."
Roger McKinney Do Evangelical Churches Have a Catechesis ..."
"And thank you. Yes indeed, many wrote against the enthusiasts and prophets of various types. ..."
philipjenkins 1708: Thus Is Religion Also Panic
"Thank you so much for this series, and I look forward to the book to ..."
GEVeith 1708: Thus Is Religion Also Panic
"Can you clarify??? So there is a Greek word used in the NT that can ..."
JohnQed It’s a Small, Small Complementarian World ..."
Browse Our Archives
get the latest updates from
Anxious Bench
and the Patheos
Evangelical
Channel
POPULAR AT PATHEOS Evangelical
1