When Americans speak of the “Founding Fathers,” they usually have a group of about six men in mind: George Washington, Thomas Jefferson, Ben Franklin, James Madison, and John Adams, for sure, and maybe Alexander Hamilton or Samuel Adams. These Founders are endlessly fascinating, but if all we do is focus on this short list, we get a skewed view of the Revolution.

I recently contributed an essay on Patrick Henry to Mark David Hall and Gary Gregg’s America’s Forgotten Founders (now in its 2nd edition, from ISI Books), which introduces readers to some of the lesser-known Founding Fathers. As I also discuss in my biography, Patrick Henry: First Among Patriots,  Henry is probably one the best known of those forgotten Founders, but he is not quite in the top tier of those we remember. Perhaps Henry has lost some fame because of his bitter political rivalry with Madison and Jefferson in the 1780s, which culminated in Henry’s opposition to the Constitution. Some Americans have a hard time understanding how the great Patriot Henry could have become an Antifederalist.

In any case, in honor of the Fourth of July, here’s my personal list of the top five forgotten Founding Fathers, leaders I wish more Americans knew. Since I’ve already discussed him, I’ll leave Henry off, even though he’s my personal favorite. Anyone who participated in politics or the military during the Revolution could be on the list.

John Witherspoon: a Scots Presbyterian minister, president of Princeton, and teacher of James Madison, Witherspoon was elected to serve in the Continental Congress, and signed the Declaration of Independence (the only clergyman to do so). The best book on Witherspoon is Jeffry Morrison, John Witherspoon and the Founding of the American Republic.

Lemuel Haynes: born in Connecticut to a white mother and black father, Haynes worked as an indentured servant prior to enlisting in the 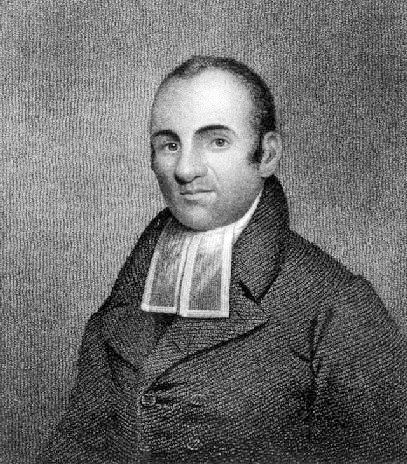 Massachusetts militia, and then the Continental Army. Haynes also experienced evangelical conversion and came under the tutelage of local Calvinist pastors. Shortly after the Declaration of Independence, Haynes wrote “Liberty Further Extended,” possibly the most powerful argument against slavery from the Revolutionary era. In the 1780s, Haynes began a thirty year pastoral career in Vermont, and was likely the first African American to pastor a largely white congregation. The standard biography of Haynes is John Saillant’s Black Puritan, Black Republican: The Life and Thought of Lemuel Haynes.

Roger Sherman: another devout evangelical from Connecticut, Sherman was the only Patriot to sign all four of the great American founding documents: the Continental Association, the Declaration of Independence, the Articles of Confederation, and the Constitution. Mark David Hall has a major new book on Sherman coming out this fall, Roger Sherman and the Creation of the American Republic.

David Avery: converted under George Whitefield’s preaching, Avery worked as a pastor in Vermont until the outbreak of the Revolution, when he became one of George Washington’s key chaplains. He prayed over American troops at the Battle of Bunker Hill, and crossed the Delaware with Washington on Christmas night of 1776. I discuss Avery at length in God of Liberty: A Religious History of the American Revolution.

John Zubly: the wildcard of the list, this Swiss Presbyterian pastor of Savannah, Georgia, became perhaps the most fascinating American Loyalist of the Revolution. Zubly led Georgia’s protests against British taxes, and represented the colony in the Second Continental Congress, but as a matter of principle, he balked at the prospect of violent revolution. He left the Congress, lost his church, and for a time hid out in South Carolina’s Black Swamp before becoming Georgia’s most active Loyalist writer. The standard introduction to Zubly and his writings is Randall Miller, ed., A Warm and Zealous Spirit: John J. Zubly and the American Revolution, A Selection of His Writings.

Who would you include on the list of Forgotten Founders? Happy Fourth of July!