Should Historians Cast Judgment on the Past?

As a history professor I often find myself in conversations with students and fellow faculty members about whether or not it is appropriate for historians to cast judgment on people and events from another era.  Since I teach at a Christian college, these conversations usually focus on applying the moral teachings of the Bible to past events.  I am often accused by my non-historian friends of being too “evenhanded” on a particular subject when I should have used my role as a historian to speak prophetically about why such and such a person from the past was wrong.

There is some truth to these kinds of criticisms.  How can we be value-free or morally neutral when we are exploring the past and encounter Adolph Hitler and the Holocaust, American slavery, Attila the Hun, and other stories and historical actors that most Christians—and perhaps even God– would not hesitate to describe as “evil” or “wicked.”  To paraphrase the activist Howard Zinn, a writer who was never shy about casting moral judgment on the past, “you can’t be neutral on a moving train.”  Similarly, Christians cannot be neutral to the injustices that surround them.  They are required to be moral critics.

So how should Christian historians balance a moral sensitivity to the injustices of the past with the kind of detachment that is necessary to fulfill their responsibility as historians?  What follows is a brief and initial attempt at trying to answer that question.

First, the historian’s primary responsibility is explanation and understanding, not moral criticism.  Historians are not predominantly called to give their opinions about the past.  Such activity is better left to the ethicists, theologians, and politicians.  Those who do want to offer some level of moral reflection on the past should do so only after they, their students, and their readers have fully grasped what happened in the past and why it happened in the way it did.  Sometimes this kind of moral reflection works better in the classroom than it does in a book, article, or museum exhibit.

Second, when historians do speak or write ethically about what happened in the past, they should do so with caution so that preaching does not trump historical interpretation.  In other words, historians should speak to the moral concerns of the public as historians.  Historians, like everyone else, have opinions, and in the United States they are free to express those opinions, but when speaking to the public as historians they must do so with the goal of bringing historical thinking skills to bear on the issue at hand.

Third, when a historian moralizes about the past, it should be characterized not only by mature historical understanding, but also by mature Christian moral thinking.  Indeed, the Bible and church tradition provide Christians with a source of truth that enables them to shed moral light on all of human life, regardless of the era.  But in order for Christian historians to engage in moral criticism well, they must have an adequate theological and Biblical understanding of the Christian tradition.  Sunday-school-style proof-texting from the Bible  will not cut it.  Nor will moral platitudes (“Hitler was evil” or “the Declaration of Independence should be praised because it mentions ‘God’”) that are not grounded in deep theological or ethical thinking.

Fourth, historians should make moral judgments in an implicit rather than explicit manner.  Christians who write history should take to heart the words of Adrian Oldfield: “If the historian litters his account of the past with explicit, stentorian, moral judgments, then the result is likely to be a very ugly piece of historical writing indeed, however much attention he scrupulously pays to evidence.  But moral judgments do not have to be delivered in such a thunderous manner.  Historians can make clear their moral positions implicitly, in terms of the language they use, and in the tone and style of composition.”

Fifth, and finally, historians should also remember to see historical actors as morally complex individuals before casting judgment upon them.  For example, Thomas Jefferson might have been the champion of the ordinary farmer, religious freedom, public education, and small government, but he was also a slaveholder.  Or to put this differently, Thomas Jefferson owned slaves, but he was also influential in promoting the democratic ideals that eventually led to emancipation.  The complexity of the past will often trigger our moral imaginations.  In a time when our politicians and students rest too comfortably in certitude, moral reflection on the past may help create what historian George Cotkin has described as “a productive confusion, a willingness to recognize that behind all of our moral choices, whether past or present, lurks paradox, tragedy, and irony.”

In conclusion, human beings have inherent worth and dignity because they have been created in the image of God and make up the highest order of His creation, but they are also flawed creatures due to the reality of sin in the world and in their own lives.  Thus any attempt at bringing the moral teachings of the Christian tradition to bear on the past must be ever aware of this great paradox at the heart of the human experience. 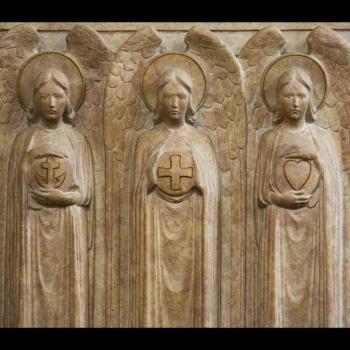 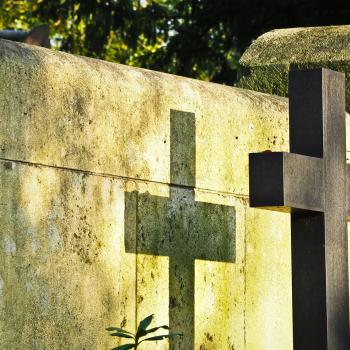 Evangelical
To Be a Historian Is To Speak over...
Anxious Bench