The Latter-Day Saints and Race

The Anxious Bench’s John Turner has a New York Times editorial this weekend titled “Why Race Is Still a Problem for Mormons.” (Turner is the author of a new biography from Harvard University Press titled Brigham Young: Pioneer Prophet.) In the Times piece, Turner calls on Mormons to confront directly their church’s historic policies with regard to race, including their ban on men of African descent from the priesthood, which was not formally lifted until 1978. Turner says that most Protestant denominations have

gradually apologized for their past racism. In contrast, while Mormon leaders generically criticize past and present racism, they carefully avoid any specific criticism of past presidents and apostles, careful not to disrupt traditional reverence for the church’s prophets. 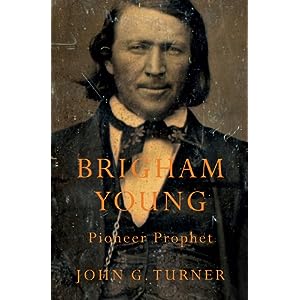 To an extent, this strategy has worked… [but] a fuller confrontation with the past would serve the church’s interests. Journalists frequently ask prominent Mormons like Mr. Romney and Ms. Love about the priesthood ban. African-Americans, both members and prospective converts, find the history distinctly unsettling. Statements by prior church presidents and apostles provide fodder for those Latter-day Saints — if small in number — who adhere to racist notions.

The church could begin leaving those problems behind if its leaders explained that their predecessors had confused their own racist views with God’s will and that the priesthood ban resulted from human error and limitations rather than a divine curse.

August 20, 2012 THE FAITH OF WALES
Recent Comments
8 Comments | Leave a Comment
"Your fallacy is that all those extra lives that would have been lost would have ..."
Euro Man Hiroshima: 75 Years On
"Thank you very much for sharing this information! If not for the pandemia I could ..."
Esteban When History Was Really Cancelled: A ..."
"Holding evangelicals to the same standards they expect others to follow is a Marxist attempt ..."
John (not McCain) You Want Context? Jerry Falwell Jr.’s ..."
"One starts to wonder if the moment hasn't arrived - or long since passed - ..."
stefanstackhouse You Want Context? Jerry Falwell Jr.’s ..."
Browse Our Archives
get the latest from
Anxious Bench
Sign up for our newsletter
POPULAR AT PATHEOS Evangelical
1 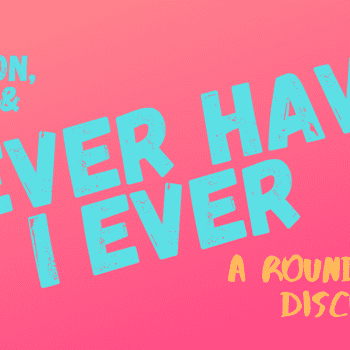 Evangelical
Religion, Race, and "Never Have I Ever": A...
Anxious Bench

Jesus is Not a Polygamist!
There are two and a half billion Christians in the world today....
view all Evangelical blogs
What Are Your Thoughts?leave a comment
Copyright 2008-2020, Patheos. All rights reserved.