I recently suggested that studying the history of the so-called  “Dark Ages” gives a wonderful background for understanding contemporary Christianity worldwide. Nowhere is that more true, oddly, than in the central theme of globalization itself. When you explore the world of Late Antiquity, roughly from the fourth century through the ninth, you see a Christian world that was enthusiastically transcontinental, if not exactly global. Repeatedly, we see influence and ideas transmitted from old churches to new and emerging bodies, and then later returning to the parent churches in odd and unexpected ways.

I have a long-standing interest in the early Irish church, which was seemingly perched on the distant fringes of the civilized world. Yet that sense of isolation is very misleading. From the time of its conversion in the fifth and sixth centuries, Ireland was closely connected to the wider world of Gaul (France) and beyond that to the Mediterranean. Time and again, scholars of Irish art and literature trace literary sources or artistic motifs direct to Visigothic Spain, and beyond that to Christian North Africa. If we ever wonder where the rich cultural life of North Africa went after the land was devastated by Vandals, Byzantines and Arabs, we have our answer. Not surprisingly, Early Ireland had a massive library of apocryphal gospels and scriptures as complete as any in Western Europe. 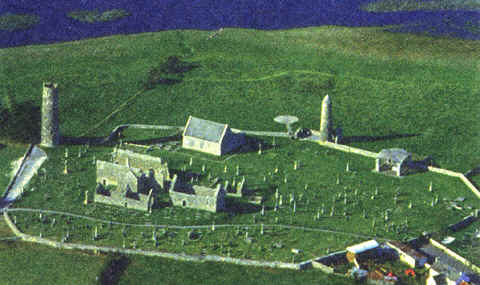 This thoroughly cosmopolitan church then set out on the great missionary endeavor into Scotland and Northumbria (Northern England), in the process creating some of the greatest cultural and artistic centers of the contemporary Christian world. 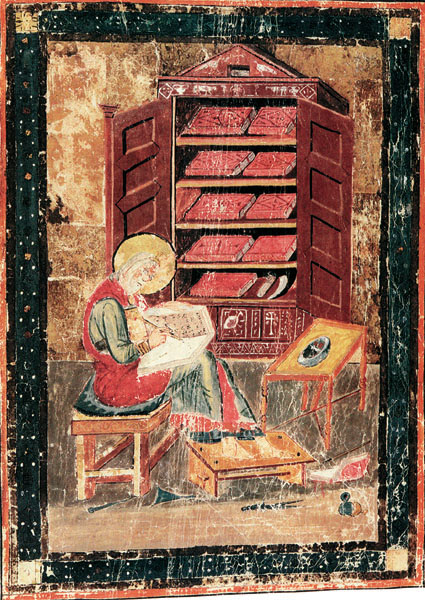 In the land we now call England, the Irish ran up against another Christian mission, directed from Rome. The original mission of 597 was heavily rooted in Italy, but subsequent ventures were even more broadly based. In 668, the Pope revived the English mission by sending two towering figures, the Syrian/Byzantine Theodore of Tarsus and the North African Abbot Hadrian.

Suggesting the very broad canvas of contemporary politics, Hadrian’s journey through France was delayed because the local regime feared that he was being sent as an envoy from the Byzantine Emperor, perhaps to create a dangerous Anglo-Roman alliance. Actually, that’s not as far-fetched as it might appear. The emperor at the time was Constans II, who had a very unusual interest in Western affairs, and in 663 had visited Rome itself – the first Caesar to do so in two centuries. Rumors claimed that he planned to move the imperial capital to Syracuse, far away from the Muslims who were storming his eastern frontiers. It’s an intriguing thought – re-establishing the Roman Empire in the West as late as the 660s, possibly with a group of outlying allied states in Britain!

Politics apart, the mission brought a new dawn to the English church. In the words of Bede, as both Theodore and Hadrian were “well read both in sacred and in secular literature, they gathered a crowd of disciples, and there daily flowed from them rivers of knowledge to water the hearts of their hearers; and, together with the books of holy writ, they also taught them the arts of ecclesiastical poetry, astronomy, and arithmetic. A testimony of which is, that there are still living at this day some of their scholars, who are as well versed in the Greek and Latin tongues as in their own, in which they were born. … From that time also they began in all the churches of the English to learn sacred music, which till then had been only known in Kent.” Hadrian the African has a claim to stand as the founder of English church music.

Meanwhile, native English Christians like Benedict Biscop traveled back and fore to Italy to find manuscripts and liturgical materials. 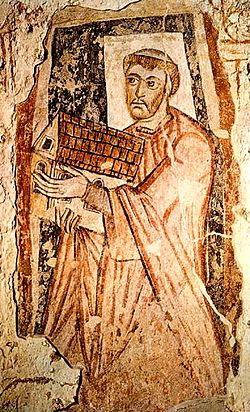 By the eighth century, England and Ireland were awash with Mediterranean influences of all sorts, which manifested in the legendary gospel books, in stone crosses, and of course in scholarly writing. In the early eighth century, the Bishop of Hexham had a “very full and noble library” (amplissimam ac nobilissimam bibliothecam) on the apostles and martyrs, particularly their sufferings, together with many other ecclesiastical writings.

It was probably through Theodore’s influence that the Anglo-Saxons acquired their deep devotion to the Apostle Thomas, a saint cherished by Syrians, and celebrated in multiple apocryphal works that circulated in the British isles.

These Irish and English – proud heirs of that Mediterranean/African/Asian tradition – then launched themselves onto Western Europe. They sought to convert pagan societies in Germany and the Netherlands, but also revived the moribund churches of France and Italy. Their inheritance survived in such critically important medieval monasteries as Fulda, Bobbio, Luxeuil, and St. Gall. Centuries later, these were the libraries and schools where Renaissance scholars would rediscover precious manuscripts containing otherwise lost remains of Classical antiquity.

At the end of the eighth century, the Emperor Charlemagne turned to these Irish and English scholars to give a new cultural birth to what he hoped would be a restored Roman Empire in the West. His main assistant was the Northumbrian Alcuin, heir to all those Irish and English pioneers, and beyond them, to their Mediterranean inspirations. Charlemagne’s efforts would lay the foundations for medieval Europe, and the Western world we know. 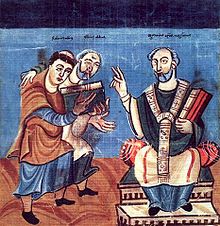 So no, there really is nothing terribly new about the concept of globalized Christianity. In fact, I increasingly think the term “Global Christianity” might need to be retired: if it is not global – can it really be Christianity?

February 7, 2013
Henrietta Mears and the History of Evangelical Women
Next Post

Cool Tennessee "Pastor" Gets Annoyed, Kicks Mom and...
Two of the biggest problems with nondenominational, megachurch-style pop worship is that...
view all Evangelical blogs
Copyright 2008-2017, Patheos. All rights reserved.