Alister McGrath’s C.S. Lewis: A Life comes with endorsements from Eric Metaxas, Timothy Keller, N.T. Wright, and perhaps most weightily given the topic, from my soon-to-be Baylor colleague Alan Jacobs, who calls it “a meticulously researched, insightful, fair-minded, and honest account of a fascinating man’s life.” As I have written earlier, I admire Jacobs’ own Lewis biography, The Narnian, and his assessment of McGrath’s book is apt.  McGrath’s book is a judicious and accessible treatment of Lewis’s remarkable but controversial career. While Jacobs’ might be the better, more penetrating book for those who already know Lewis’s writings well, McGrath is a better first choice as an introduction to Lewis in general, especially for those who (like me) first met Lewis through Narnia, and have only sampled parts of his other writings.

For our knowledge about Lewis’s life, there is one major new revelation here, which is McGrath’s re-dating of Lewis’s conversion to theism to 1930 instead of 1929. By a systematic reading of Lewis’s correspondence in chronological order, McGrath is also able to see Lewis’s intellectual and spiritual progression much as the man himself experienced it, including the details of his conversion (although I am sure some will not accept McGrath’s new timeline of it).

McGrath clearly likes Lewis, but he is not shy about criticizing him, especially for his two most significant romantic relationships, one with Jane Moore, the other with Joy Davidman (McGrath approvingly quotes Jacobs in saying that in financially supporting Davidman and entering civil marriage with her, he had become “an American divorcee’s sugar daddy.”) This is not fawning hagiography, but an honest, charitable assessment of a great but flawed man. 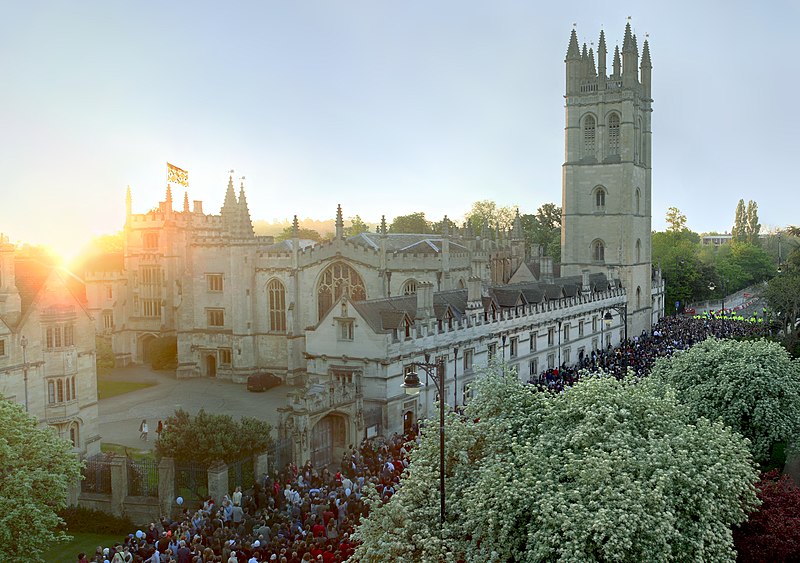 The aspect of the book that I found most fascinating is Lewis’s handling of fame and his role as a public intellectual. Until World War II, Lewis was a little-known Oxford scholar, but The Screwtape Letters and his wartime talks on the BBC launched him into “international fame for which he was ill prepared.” Some of this lack of preparedness was due to Lewis’s naivete about accountants, agents, and taxes.

But he was also ill-prepared to manage the academic resentment toward him for writing “popular” books, and for selling a lot of them. This is a longer story in academia, one that persists through present day. Sometimes there are reasons for real concern when academics become well-known authors, such as when the temptations of grinding out more best-sellers can lead to accusations of writing pabulum (or worse, plagiarism).

But Lewis’s Oxford colleagues seem to have indulged a more straightforward jealousy for his role as a bestselling author. Even though he still produced occasional academic books – some of considerable weight – his fame led to rancor on the faculty, who passed him over several times for named chairs at Oxford. By 1954, Lewis wrote of a crisis on the Oxford English faculty which tempted him “to hatred many times a day.” Ultimately the tension led to his departure for the friendlier climes of Cambridge.

The prolific and well-known Christian apologist McGrath can obviously identify with the tensions felt by Lewis and other public intellectuals. Popular academic writers will and should come under special scrutiny – they must abide by the same scholarly standards that got them into an academic position, while writing in such a way that the general reading public can appreciate their work. But especially among Christian scholars, we certainly need those who are willing to bridge the gap. Unlike many of Lewis’s Oxford colleagues, we should give those who attempt to reach a broader audience the benefit of the doubt. Reliable public intellectuals are essential for cultivating the Christian life of the mind, a task at which Lewis labored heroically.

This post is part of the Patheos Book Club discussion of Alister McGrath, C.S. Lewis: A Life.

March 6, 2013 MOCKING THE MONKS
Recent Comments
5 Comments | Leave a Comment
Browse Our Archives
get the latest from
Anxious Bench
Sign up for our newsletter
POPULAR AT PATHEOS Evangelical
1

Evangelical
An Online Event You Will Not Want To...
Anxious Bench