MAMELUKES AND JANISSARIES May 26, 2013 Philip Jenkins

I recently wrote a piece for Realclearreligion on the Genízaros, native militias that the Spanish used to control the old Southwest. Their name is sometimes translated as “Hispanicized Indians,” and you can buy T-shirts today proclaiming “Genízaro New Mexico: Native Pride.” Oddly, though, the group offers a sidelight on early versions of globalization. It even helps us understand how European attitudes to Islam shaped their view of other non-Christian faiths around the world. 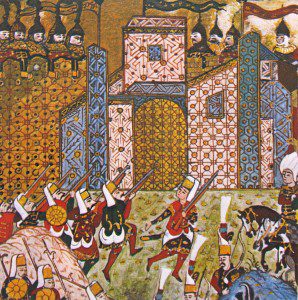 Genízaros is a version of the Turkish “janissaries.” The Spanish and other Europeans encountered those terrifying slave soldiers in their Mediterranean wars with Islam. When they reached places like New Mexico, they decided that their enemies were much the same in both places, namely devil-worshiping pagans. Comanches and Apaches, Turkish Muslims, what’s the difference? When the Spanish conquered the Aztecs, for instance, they invoked St. James, Santiago, as their special protector, just as they had done in their wars with Muslims in Europe a few decades earlier. Facing the same enemies, they resorted to the same tactics and names, and so they borrowed the janissary name and method of organization. 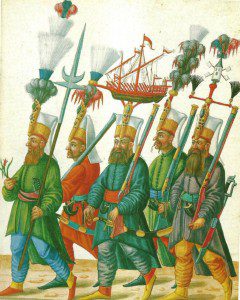 Throughout the New World, we see a similar resort to far-from-new prejudices, forms of bigotry, and stereotypes. If New Mexico had its Genízaros, Brazil had its Mamelukes, Mamelucos, mixed-race adventurers who were at the cutting edge of colonial expansion into new lands. They were notorious for their ruthless genocidal warfare against Native American peoples and rebellious African slaves. 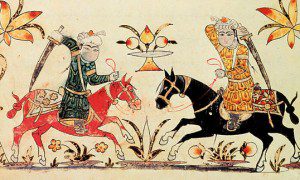 The word Mameluke had its origins in the Middle East, where Islamic rulers relied on a caste of devoted soldiers drawn from barbarian peoples on the fringes of empire. As slaves, they were “owned,” or in Arabic, mamluk. By the thirteenth century, these Mamelukes had overthrown their original rulers, and established a mighty warrior dynasty in Egypt. Around 1500, though, this state met repeated defeats from expanding Portuguese forces, in a war that ranged across Arabia and the Indian Ocean. 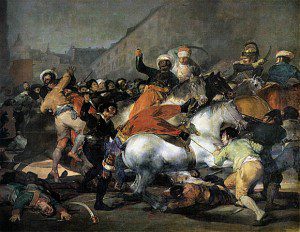 The Portuguese remembered these struggles as they built up their own empire on the other side of the world, in Brazil. By the seventeenth century, observers of the new Brazilian colony were remarking on the ferocious warriors called the Mamelukes, who served a purpose very much like the Genízaros to the north. Like them, they were a kind of foreign legion drawn from mixed-race peoples, and like them, they existed primarily to fight and conquer on the frontiers of empire. Both Mamelucos and Genízaros took their names, and their role-models, from fighters whom Europeans knew from their histories on the other side of the world.

Then as now, globalization did not necessarily mean everyone getting together in peace and harmony, and forgetting their ancient hatreds. Sometimes they just spread them worldwide. 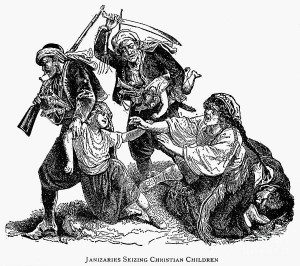