THE HOLY FAMILY IN EGYPT

As will be obvious from my recent posts, I am very interested in Egypt’s role in Christian history. For years though, when I read material about this or talked to people, I always glided over one topic that had little appeal for me, and I now think I was wrong to do so. It really is critically important for understanding one of the world’s oldest and most distinguished churches.

If you read about Coptic Christianity, if you explore tourist materials, you see what looks like an astonishing emphasis on the cult of the Holy Family in Egypt. 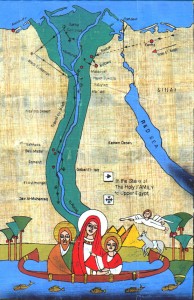 The story is familiar from Matthew, who describes how Joseph led his family into Egypt to escape the wrath of Herod. Few critical scholars treat the story seriously as historical fact, not least because it is unknown to any other New Testament writer. Rather, Matthew developed the story in pursuit of his goal of making Jesus the new Moses.

Egyptians, though – and by no means all Christian – have no such doubts.  For centuries, believers have identified a well-known series of sites as places that the Family stayed on their route, a remarkably extensive tour that covered much of the country. This site (from http://www.holyfamilyegypt.com/) offers a lively virtual tour of the key places. (Please note that it’s a commercial site and I am making no comment or recommendation, either positive or negative, about its services). 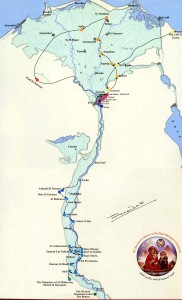 Most of the sites are marked by churches, shrines or monasteries, and it is open to debate whether these holy places developed to commemorate the stopping places, or if the itinerary took its present shape to include the most important Christian destinations. The whole route is immensely appealing to pilgrims as well as tourists. (Sadly, of course, neither tourism nor pilgrimage are likely to be flourishing industries in Egypt for quite some time to come). 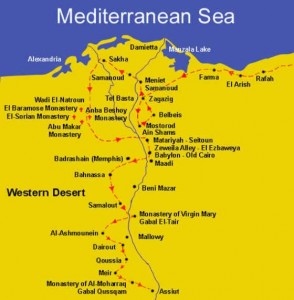 If, though, you did visit all the sites, you would take in a sizable dose of Egyptian Christian history. 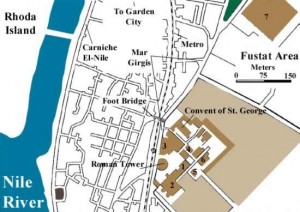 Places cited included Wadi El Natrun, the critical center of early monasticism; al-Muharraq monastery; Coptic Cairo; and other centers like Farama (ancient Pelusium) and Samalut. Another stopping place is Asiut, scene of a Marian apparition as recently as 2000. (Tragically, it was also the scene of a church-burning in this month’s anti-Christian riots). 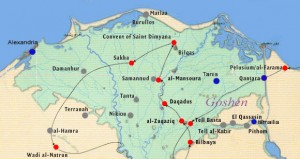 The devotion to the Holy Family is strongly medieval, using that term in the best sense. Although its historical roots might be weak, it provides a powerful focus of faith for Egypt’s Christians, bringing the history of the New Testament firmly onto their own soil. The legend, and the associated pilgrimages, serves to consecrate the Egyptian landscape, and to cement its place in Christian history.

That sense of divine presence and continuity goes far towards explaining the sturdy resilience of Coptic believers through long centuries of Islamic rule.

Just as a PS. After writing this post, I discovered James Cowan’s new book Fleeing Herod: A Journey through Coptic Egypt with the Holy Family (Paraclete, 2013). I have only skimmed it but it looks excellent. I look forward to exploring Cowan’s book with the attention it deserves.