I hesitate to add my two cents about “Duck Dynasty,” at the risk of revealing just how lowbrow I am, and at the risk of commenting on a show that probably has “jumped the shark,” as they say. (I cannot imagine that this season’s premiere will not be the high point of the show’s popularity.) But as recent articles by our friend Sarah Pulliam Bailey at Religion News Service have indicated, the show’s appeal raises questions about the popularity – and value – of its wholesome portrayal of Louisiana good ol’ boys, their follies, and their cultural Christianity. 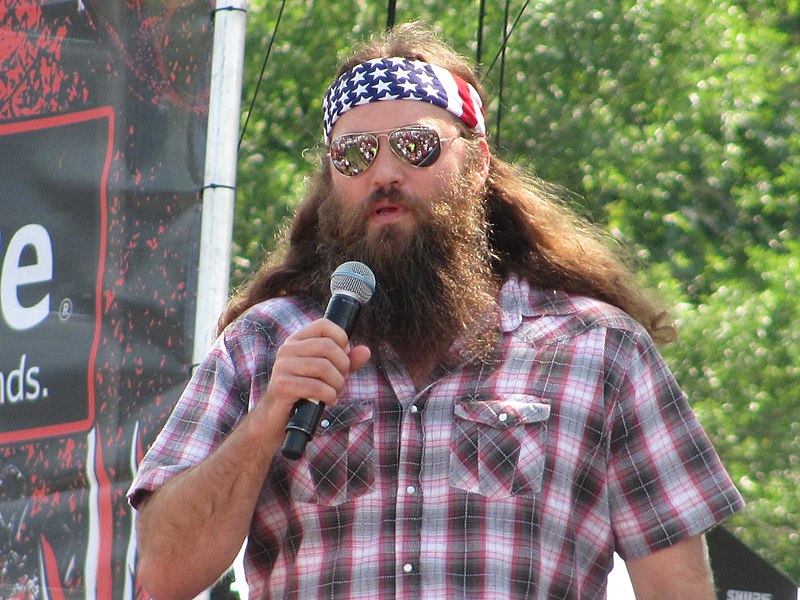 First, the good things about the show: it is fun, family-friendly, and frequently hilarious. Uncle Si’s philosophical riffs about his time in ‘Nam, his views on food (and anything else) are gut-busting, as are daddy Phil’s ruminations about his ‘preppy’ sons and his suspiciously fancy grandkids. I knew people like the Robertsons growing up in South Carolina and other southern locales. I know some in Waco. They’re real, or at least as real as you can be when your family and business are being filmed.

The Robertsons are also settled on the good things in life: marriage, children, honest work, the pleasures of place and the outdoors. Spouses constantly roll their eyes at one another, but their love and commitment (on-screen, and hopefully off) is never in question. Sure, you could ask a number of questions about the South (race, poverty, etc.) outside the confines of “Robertson Land” – a delightful term used for the home place – but within, all is right with the world.

That sense of settledness is confirmed when daddy Phil prays at the end of each episode, often over meat caught or shot during the show. He thanks the Good Lord for another day on planet earth, reviews a couple details from that show, acknowledging God’s blessings with thanks, and concludes with an “A-men.” The prayer is not directed to anyone more specific than the generic God, and not usually [UPDATE: see Bobby Ross’s helpful piece on this] offered in Jesus’s name. In many other off-screen appearances, including a May 2013 NASCAR race, the Robertsons pray to and even preach about Jesus. The on-screen Jesus-less prayers are apparently a compromise with the show’s producers to reach a broader audience, and father Phil has reportedly insisted that without some kind of prayers, he wouldn’t do the show.

Here’s the dilemma – what the show presents is a good life, but it is not in any specific way the Christian life. It is cultural Christianity of the kind that still characterizes much of the South. As Hank Williams, Jr. once described country boys, “We say grace, we say ma’am, if you ain’t into that we don’t give a damn.” It’s southern culture, and it’s heavily informed by Christian tradition and themes. Many Christians fit into that culture, but the culture does not equate with Christianity per se: being a good ol’ boy who thanks a vague deity at dinner doesn’t get you to heaven. From what I know of the “real life” Robertsons, they also know that generic southern theism is not, in substance, Christianity. And they use “Duck Dynasty” as a means to reveal their (Church of Christ inflected) full gospel off-camera, to very large audiences.

That’s a bargain I won’t question. But I do wonder how many of my fellow southerners figure that they’re Christians because they grew up in the South, their momma took them to church, they try to do right, and God knows there are many people worse than them. The specifics of historic Christian faith don’t enter into their thinking, and neither do they appear on-camera in Duck Dynasty.

August 28, 2013 The Rise of Progressive Evangelicalism
Recent Comments
26 Comments | Leave a Comment
"What a great post, Allie! Insightful and eloquent."
Ansley Every Day People in Every Day ..."
"Impressive article. Provides the necessary perspective for entering into an informed discussion about the science/religion ..."
the old scribe Science, Religion, and Nineteenth Century Protestantism
"Very helpful! Thanks! It seems history has always been used as a weapon."
Roger McKinney Science, Religion, and Nineteenth Century Protestantism
"You have done nothing to refute my point. Certainly we should do the affirmative things ..."
NorrinRadd Ron Sider and the Fate of ..."
Browse Our Archives
Related posts from Anxious Bench

Evangelical
Edmund Burke, Trumpism, and the Worst of Both...
Anxious Bench