The Rise of Progressive Evangelicalism

For most of its history, evangelicalism comfortably housed progressive elements within the movement.  Some scholars, 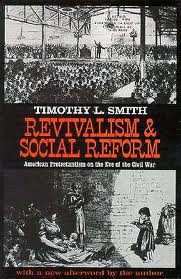 such the late Timothy L. Smith and Donald Dayton, have argued that the natural tilt of evangelicalism is towards progressive social action.  However, one need not fully embrace that thesis to recognize that historically, some branches of the movement demonstrate a marked progressive inclination.

John and Charles Wesley led early Methodists to work towards personal and social holiness.  Charles Finney and his coterie at Oberlin College worked vigorously to free enslaved African Americans and abolish slavery.  The Free Methodist Church persistently advocated for full racial equality in the twentieth century.  And yet, they comfortably joined the National Association of Evangelicals as a founding member denomination in 1943.  Even so, due to the public alignment of many evangelicals with the Republican Party in the wake of the Reagan Revolution (See my earlier post on this topic here,) journalists and scholars focused most often on conservative political activists within the movement ignoring these progressive elements. 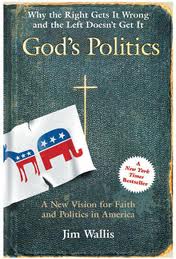 In recent years, however, both scholars and the media have focused more on the “evangelical left.”  During the progressive malaise that followed George W. Bush’s reelection in 2004, Jim Wallis (of Sojourners fame) penned God’s Politics: Why the Right Gets It Wrong and the Left Doesn’t Get It (2005).  With the significant promotional machine of HaperCollins behind it and an energized body of religious supporters on the left, the book became a New York Times bestseller.  On his book tour, Wallis spoke to huge crowds.  When he gave the prestigious Cole Lectures at Vanderbilt University in 2005, those who arrived late to Benton Chapel were compelled to watch his speeches on closed circuit television.  (By way of comparison, the chapel remained over half empty when renowned theologian Jürgen Motlmann spoke a few years earlier as well as when Mark Noll spoke a few years later.)  One of the “founders” of the evangelical left in the 1960s, Wallis’ message now resonated with people across the country.  Both the media and the Democratic Party noticed. So did scholars.

During the first decade of the twenty-first century, scholars of American religious history showed an increasing interest in the evangelical left–particularly younger scholars with some affinity for that brand of evangelicalism.  Brantley Gasaway, for example, recently completed a dissertation on contemporary progressive evangelicalism that will soon be published by UNC Press.  Further, fellow Anxious Bench blogger, David Swartz, has penned Moral Minority: The Evangelical Left in an Age in Conservatism (2012), the best work on the topic to date.  If you find yourself interested in such topics, I have some good news for you.

With Moral Minority as the centerpiece, I will chair a session at the Annual Meeting of The Evangelical Theological Society entitled, “The Evangelical Left: Retrospect and Prospect.”  Participant Observer Richard Pierard will discuss why the “moral minority” could not become a majority, international historian Chris Gehrz will assess the global aspects of the evangelical left, and theologian/church historian Owen Strachan, will engage the topic in light of ne0-evangelicalism’s strategy for cultural engagement.  Discussion will follow.  So, if you find yourself in Baltimore in November, please make plans to attend.  It promises to be a lively session, as the participants approach the topic from differing perspectives regarding the progressive evangelical movement.

PS: Here is a great interview of Davis Swartz by Brantley Gasaway.

August 29, 2013 New and Forthcoming Books
Recent Comments
7 Comments | Leave a Comment
Browse Our Archives
get the latest updates from
Anxious Bench
and the Patheos
Evangelical
Channel
POPULAR AT PATHEOS Evangelical
1