Should Christians mind how babies come to be?

Should Christians mind how babies come to be? September 16, 2013 Agnes Howard

Is in vitro fertilization (IVF) a moral issue?

Jennifer Lahl, in a recent post at Christianity Today’s her.meneutics, ponders the new Pew survey revealing most Americans think it’s not. Lahl, President of The Center for Bioethics and Culture, is concerned that Christians are not more concerned about reproductive technologies, IVF, and surrogacy.  Some Protestants’ too-ready embrace of these procedures comes at high cost (Roman Catholic authorities, in contrast, articulately have opposed them, in Evangelium Vitae and other statements).

The comments generated by Lahl’s post are revealing.  Readers who have experienced infertility understandably may disagree with her conclusions.  But respondents who insist there is no meaningful distinction whether a child was “created through a doctor (God guiding the doctor) or through traditional methods,” that anyway one’s daughter is “a child of the King….it doesn’t matter how she came to be,” reinforce Lahl’s worry.  It does matter how children come to be.  At issue is not just the worth of those children—yes, by all means created by God—but what we are doing in bearing them.

A long and varied stream of Christian thought ponders embryonic life, especially its divine shaping and the means and timing of ensoulment.  David Albert Jones surveys these arguments in The Soul of the Embryo, where the embryo is thought to be “moulded in the earth” or “curdled like cheese” in ancient consideration, and likely of delayed ensoulment in the opinions of medieval theologians.   Thomas Aquinas, for instance, maintained that “the intellectual soul is created by God at the end of human generation.”  Theologians in the Calvinist tradition, Jones indicates, tended to favor immediate ensoulment.

IVF by now has been around long enough—since 1978!–for us to baptize it as unremarkable, but that duration also has accommodated much theological writing by Protestants evaluating it.  In works accessible to lay readers,  Gilbert Meilaender, Oliver O’Donovan, Nigel Cameron, Ronald Cole-Turner and Brent Waters, among others, have expressed cautions about embryo manipulation.

With her focus on surrogacy, Lahl’s chief concern seems to be pregnancy itself. An expectant mother is not a mere container, an “Easy-Bake Oven” for a “cupcake,” in the slang of TV’s The New Normal characters.  Lahl is on target.  Surrogacy is problematic on many levels—justice, identity, relationship of parents and offspring—but particularly because of its misconstrual of the act of childbearing. A pregnant woman is not passive but actively nurtures and protects the child, practices hospitality, charity, and stewardship on its behalf.

In our own time recognition of this childbearing work can be inadequate.  The care given by pastors to expectant mothers in Luther’s Germany might be helpful here.  In her fine book, Adam and Eve in the Protestant Reformation, Kathleen Crowther-Heyck traces metaphors of fruitfulness and craftwork in pastoral exhortations to pregnant women.  The expectant mother’s growing abdomen revealed nothing less than God’s power and creation; mothers therefore should, as one clergyman wrote, “sincerely thank God in heaven that he has blessed [her] with the fruit of the body.”

This may be language to reclaim, a way to regard rather than devalue pregnancy.

September 17, 2013 When the United Nations Did Good: Os Guinness and Religious Liberty
Recent Comments
0 | Leave a Comment
"I can easily see Harry Sylvester writing for the “National Catholic Reporter”."
Chris Moon Gaffney and Catholic History
"Your reaction is tangential which tells me that you have a problem reading."
Karen Silver Can Northern Evangelical Institutions Survive Evangelicalism’s ..."
"If anything advertises ignorance, it's the north's love of socialism."
Roger McKinney Can Northern Evangelical Institutions Survive Evangelicalism’s ..."
"The gospel will spread where it is needed and received. Ireland can have both Christianity ..."
Michael Daniel McCarville The Death Of Christian Ireland – ..."
Browse Our Archives
get the latest updates from
Anxious Bench
and the Patheos
Evangelical
Channel
POPULAR AT PATHEOS Evangelical
1 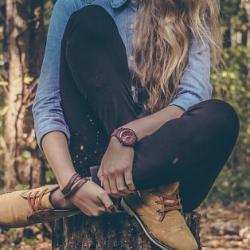 Evangelical
Can Surrogacy Be a Christian Ministry?
Anxious Bench

Evangelical
The Satyr Shall Cry To His Fellow: Bible...
Anxious Bench

Evangelical
A Tribute to Sojourners Magazine on Its Fiftieth...
Anxious Bench
TRENDING AT PATHEOS Evangelical