Recently, John Turner did an important post on the theme of American Religion and Freemasonry. 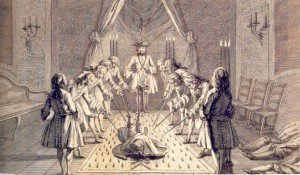 My own interests in the topic go back a long way. My first academic article ever, back in 1979 (!) was on Masons. (I was seven at the time). I specifically discussed the overlap between Jacobites and Freemasons in eighteenth century British politics. As John Turner suggests for the United States, you couldn’t go far in British towns large or small in the late eighteenth century without running into Masonry, and its political impact was enormous. It was a central organizational force for the emerging professions – for doctors and lawyers, shopkeepers and merchants, and also for military officers. The legal profession was a particular stronghold, and in later years, the police. Protestant clergy were also deeply involved. 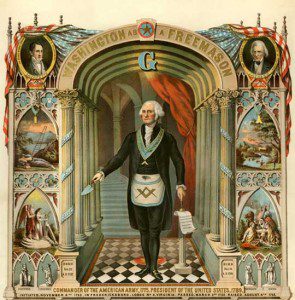 I also confess a personal interest in the topic. I have never been a Mason myself but my father was a lifelong member who achieved high rank in British lodges, and it absolutely formed his world-view. He took very seriously the basic Masonic doctrine of universal brotherhood, crossing racial and religious frontiers.

Try as I might, I could never convince my father that the United States had actually segregatedMasonry, with the resulting emergence of that great Prince Hall tradition among African-Americans. (Those lodges were crucial to Black social and political organization). For my father, segregated Masonic lodges were a simple oxymoron. Even at the height of British imperial and racial arrogance, Masons left aside their race and caste when they stepped into the lodges. However often the principle was broken in practice, that was at least the theory. 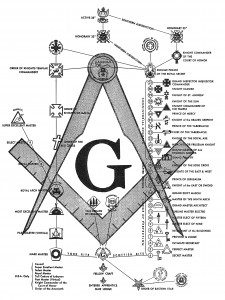 I will be offering a couple of posts on Masonic themes, but my basic point is simple. Whenever I look at modern history – say, from the Enlightenment onwards – you find Masonic ideas and organizations everywhere you look, especially in the Anglo-Saxon world, but also further afield.

To take an example, you absolutely cannot understand the British Empire without masonry, and that includes the history of all former imperial territories, from Canada and Australia down. Masons sailed the ships, ran the banks and the newspapers, staffed the ranks of commissioned officers, and also ran plenty of the Protestant churches and missions. I suppose you could try and write the history of Anglo-American missionary endeavors without paying due attention to that Masonic context, but you’d be a fool to try. That was true from the end of the eighteenth century right up to the withdrawal from colonial empire in the 1950s and 1960s.

To get a sense of that world of imperial masonry, read Kipling’s Indian stories, and his poems like “The Mother Lodge”. Also, do watch the extravagant 1975 film of The Man Who Would be King, especially the opening sequence in the train. 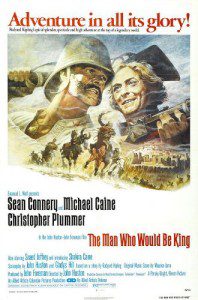 The problem in discussing all this is that Masons are just so ubiquitous. Did you ever see the great miniseries Lonesome Dove? Remember how one trail boss faithfully brings his partner’s body back  home after his sudden death? That is based on the classic Western saga of Charles Goodnight and Oliver Loving, who blazed the Goodnight-Loving Trail. Like most famous Westerners, they were of course Masons, and Oliver Loving was buried with full Masonic honors. Lewis and Clark were Masons. So were Davy Crockett, Kit Carson, and Buffalo Bill. As were Tom Mix and John Wayne. Freemasonry was the cement that bound together the Santa Fe ring that was so crucial to the history of the Southwest. I say nothing about the morality or character of the people I’m discussing, but rather stressing how significant Masonry was to understanding what they were up to.

The American West without Freemasonry? Are you joking?

And not just in North America. I remember the bafflement of that very fine historian Jonathan Steinberg, whose research showed that during the 1940s, the Italian military and large sections of the nation’s bureaucracy had engaged in a massive conspiracy to protect Jews from the Nazis. For the life of him, though, he could not work out why they had done so. Other than natural goodness, what possessed those Italian elites to act thus, and to act in such an organized and coordinated way? Then, at a late stage in his research, an informant pointed out what was obvious enough to Italians: all those generals, ministers and public servants? “Masons!” And with that clue, everything else began to fall into place.

I’ll have lots more to say about Masons in coming posts.

I have not attempted here to sketch the really large bibliography on these topics, but one important book is Jessica L. Harland-Jacobs, Builders of Empire: Freemasons and British Imperialism, 1717-1927 (University of North Carolina 2007). I don’t agree with all her conclusions.

By the by, if you comment, please don’t waste time claiming that Masonry is a Satanic plot, OK? And no, the theory linking Jack the Ripper to the Masons has no historical basis. It was cooked up as a hoax in the 1970s, and widely accepted by people whose sense of humor had been surgically removed at birth. 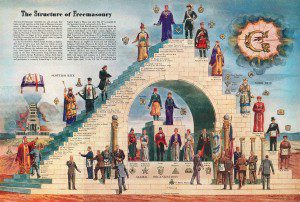 May 20, 2014 An Interview with Steven Smith on Religious Liberty
Recent Comments
24 Comments | Leave a Comment
"Informative and interesting. Thank you. This raises questions about the term Protestant Reformation."
the old scribe How the English Reformation was Named: ..."
"Thank you for the insights. As you pointed out, technology has been a two edged ..."
the old scribe Is Religion Naturally Averse to Technology?
"I suppose the question is whether or not the Holy Spirit could use technology to ..."
Nimblewill Is Religion Naturally Averse to Technology?
"What a great post, Allie! Insightful and eloquent."
Ansley Every Day People in Every Day ..."
Browse Our Archives
Related posts from Anxious Bench