Here’s a question. I am going to quote a passage published in 1916 by a famous British novelist. Who was it?

Religion is the first thing and the last thing, and until a  man has found God and been found by God, he begins at no beginning, he works to no end. He may have his friendships, his partial loyalties, his scraps of honour. But all these things fall into place and life falls into place only with God. Only with God. God, who fights through men against Blind Force and Night and Non-Existence; who is the end, who is the meaning. He is the only King. . . . It was as if he had been groping all this time in the darkness, thinking himself alone amidst rocks and pitfalls and pitiless things, and suddenly a hand, a firm strong hand, had touched his own. And a voice within him bade him be of good courage. . . . God was beside him and within him and about him.

Hmm, G. K. Chesterton, perhaps? It’s too early for C. S Lewis or Tolkien, although they might have been thinking along those paths.

Actually, it was H. G. Wells. Wells, the arch-materialist and secularist. It’s rather like reading an interview with Richard Dawkins and having him report a vision of the Sacred Heart. 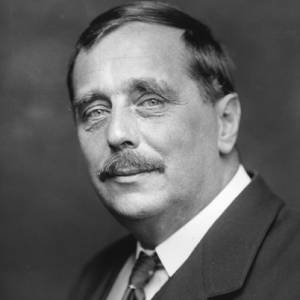 There’s a surprising story here. The passage in question comes from one of Wells’ most successful and least known novels Mr. Britling Sees It Through, a title that remains virtually unknown even to avid fans of Wells’s science fiction, or to his novels of social commentary. The book tells of the wartime home front as it affected the family of one British intellectual. It was a huge bestseller, in the British Empire, but also in the then-neutral USA. So successful was it that American isolationists despairingly cited Mr. Britling as one of the most effective forces driving U.S. public opinion toward intervention in 1916–17. (In mobilizing Anglophilia, the film of Mrs. Miniver offers a close parallel in the 1940s). 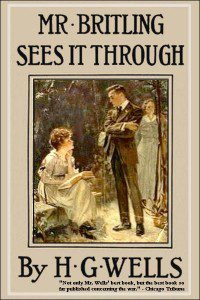 But Mr. Britling carried a potent religious message that was incredible given Wells’s reputation as the apostle of scientific materialism and the deadly foe of organized faith. Throughout the book, Mr. Britling is a clear surrogate for Wells, which is remarkable as the character expresses his simple but clear faith. At first, his religious views are passionate, but anything but strictly orthodox. Challenged to answer why God permits all the suffering in the world, he has a ready answer:

“No,” said Mr. Britling. “It is the theologians who must answer that. They have been extravagant about God. They have had silly absolute ideas—that He is all powerful. That He’s omni-everything. But the common sense of men knows better. Every real religious thought denies it. After all, the real God of the Christians is Christ, not God Almighty; a poor mocked and wounded God nailed on a cross of matter…. Some day He will triumph…. But it is not fair to say that He causes all things now. It is not fair to make out a case against him. You have been misled. It is a theologian’s folly. God is not absolute; God is finite…. A finite God who struggles in his great and comprehensive way as we struggle in our weak and silly way—who is with us—that is the essence of all real religion…. I agree with you so—Why! if I thought there was an omnipotent God who looked down on battles and deaths and all the waste and horror of this war—able to prevent these things—doing them to amuse Himself—I would spit in his empty face….”

“But it’s your teachers and catechisms have set you against God…. They want to make out He owns all Nature. And all sorts of silly claims. Like the heralds in the Middle Ages who insisted that Christ was certainly a great gentleman entitled to bear arms. But God is within Nature and necessity. Necessity is a thing beyond God—beyond good and ill, beyond space and time, a mystery everlastingly impenetrable. God is nearer than that. Necessity is the uttermost thing, but God is the innermost thing. Closer He is than breathing and nearer than hands and feet. He is the Other Thing than this world. Greater than Nature or Necessity, for he is a spirit and they are blind, but not controlling them…. Not yet….” 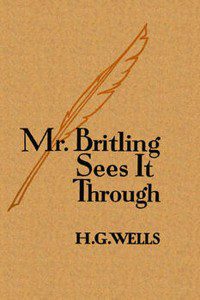 But even that faith changes utterly when he loses his son in combat, and he is driven to a classic religious conversion.

For weeks his mind had been playing about this idea. He had talked to Letty of this Finite God, who is the king of man’s adventure in space and time. But hitherto God had been for him a thing of the intelligence, a theory, a report, something told about but not realised…. Mr. Britling’s thinking about God hitherto had been like some one who has found an empty house, very beautiful and pleasant, full of the promise of a fine personality. And then as the discoverer makes his lonely, curious explorations, he hears downstairs, dear and friendly, the voice of the Master coming in….

There was no need to despair because he himself was one of the feeble folk. God was with him indeed, and he was with God. The King was coming to his own. Amidst the darknesses and confusions, the nightmare cruelties and the hideous stupidities of the great war, God, the Captain of the World Republic, fought his way to empire. So long as one did one’s best and utmost in a cause so mighty, did it matter though the thing one did was little and poor?

“I have thought too much of myself,” said Mr. Britling, “and of what I would do by myself. I have forgotten that which was with me….”

He writes to the parents of a young German man killed in the fighting, and ends with the words, “Our sons who have shown us God . . .”

The book received a magnificent testimonial from Geoffrey Studdert Kennedy, a legendary Anglican priest then serving as a front-line chaplain. (He was known as “Woodbine Willie”, because of the cigarettes he freely distributed to ordinary soldiers). Wells, he thought, did not grasp the full intricacies of Christian theology, but generally, the book was a must-read:

Everyone ought to read Mr. H. G. Wells’s great novel, Mr. Britling Sees It Through. It is a gallant and illuminating attempt to state the question, and to answer it. His thought has brought him to a very real and living faith in God revealed in Jesus Christ, and has also brought relief to many troubled minds among the officers of the British Army. I know that from conversations I have had. I have met the book everywhere in the trenches. As yet it has not largely reached the private soldier. 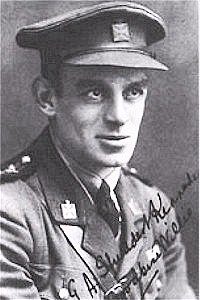 An embarrassed Wells spent the rest of his life denying that he had gone Christian, asserting unconvincingly that by “God” he had meant something like the spirit of history. As I argue in my current book, The Great and Holy War, religion in these years had a bad habit of catching even the most unlikely victims unawares.

Even H. G. Wells, who wrote something like a modern spiritual classic.