A Primer on the Southern Baptist Convention, Part 2

In light of the upcoming annual meeting of the largest (for now) Protestant denominations taking place in Baltimore, MD next week, it seemed appropriate to re-run my two-part series from last summer, “A Primer on the Southern Baptist Convention.”  This is the second part.  The first part ran Wednesday, June 4th.  Relevant updates and emendations have been made.  They are indicated by italics.

Both a zealous commitment to congregational autonomy and a strong impulse towards cooperative ministry underlie the organizational history of the Southern Baptist Convention (SBC).  Throughout the history of the denomination, Southern Baptist leaders have carefully navigated the principle of congregational autonomy as they have sought to develop cooperative ministries.

In the SBC, congregations own their own property, call and ordain their own clergy, and conduct business independent of denominational control.  Considered autonomous churches, these congregations freely associate with the SBC (a national body), other national Baptist bodies, state bodies (generally known as state conventions), and local bodies (generally known as associations).  In general, churches choose to associate with the SBC (or any of the other Baptist bodies) because it allows them to cooperate with other autonomous congregations to accomplish shared goals: mission efforts, public witness, theological education, etc.  The present form that this cooperation takes among Southern Baptists emerged semi-organically over the last one hundred and fifty years.

From its birth in 1845, the number of congregations affiliating with the SBC grew through the nineteenth century, and by 1900, the denomination had become fairly large.  In addition, by that time, the SBC governed several entities including the Foreign Mission Board (FMB), the Home Mission Board (HMB), the Baptist Sunday School Board (BSSB) and Southern Seminary (SBTS).  This growth led to two challenges.  First, it became increasingly difficult to conduct all the convention’s business at the annual meeting.  Second, the increasing number of ministry entities associated with the SBC created the turn-of-the century version of “donor fatigue” in the convention.  Both issues needed to be addressed.

Beginning in 1900, the SBC sought to address the first problem through a series of special committees.  Through their efforts, the SBC eventually voted to establish an Executive Committee beginning in 1917.  As designated, the Executive Committee acted as a continuing public and planning presence on behalf of the convention throughout the year.  Its role was primarily advisory and administrative.  Other than in the functions specifically designated, it possessed no authority over other convention entities.  Although more complex, this arrangement remains intact to this day.

In 1927, the SBC elected a full-time Secretary of the Executive Committee for the first time and established its offices in Nashville, TN, where the Baptist Sunday School Board had taken up residence in 1913.   Over the years, the membership of the committee swelled from the original seven that were designated in 1917 to over seventy members today.  Each state is represented on the Executive Committee, whose members are elected to serve a four-year term by the SBC.

Today, the Executive Committee continues to serve in its administrative and advisory roles, collecting data and helping coordinate between the various ministry entities.  It also employs a legal staff, oversees Baptist Press, and maintains information on Southern Baptist churches: location, number of members, yearly baptism records, etc.  Since each church is autonomous, the Executive Committee does not have the authority to demand such information—only to request it.  (Some churches, believing that the SBC places too high a value on numeration, politely ignore the Executive Committee’s yearly request for reports.)  This arrangement protects the historic Baptist principle of local church autonomy.  It also frustrates those who would like the SBC to establish a centralized database for such worthy goals as tracking ministers accused of abuse or other crimes.

To most Southern Baptists, the most important function of the Executive Committee is to promote and administrate the Cooperative Program.  The Cooperative Program developed as a unique method for pooling offerings in order to support the various ministries that the convention had established.  Ironically, the roots of its success lie in the failed $75 Million Campaign upon which the convention embarked in 1919.  The five-year program aimed to raise $75 million for convention causes, including debt retirement.  Rather than each ministry vying for the same donor monies, the campaign established a percentage giving plan.  The SBC charged the Executive Committee—in concert with state conventions—with the tasks of promoting the campaign, receiving contributions, and distributing monies.

In time, a predictable pathway for Cooperative Program giving evolved.  As church members gave to their local congregations, those congregations passed a portion of their receipts on to the state Baptist body.  The state Baptist body retained a portion of the monies collected for the cooperative ministries of the state (e.g. colleges, children’s homes), sending the remainder to the Executive Committee for distribution according to the established Cooperative Program percentages.  Since each body—individual, congregation, state, and national—remains autonomous, decisions regarding the appropriate amount of giving are made at each level.  Although some congregations have chosen to bypass this model, eliding the state convention and giving directly the SBC or even specific convention causes, it remains the predominant giving path most Southern Baptist churches choose.

The Cooperative Program also provided a convenient mechanism for determining membership in the SBC.  Churches that contributed to the work of the convention through the Cooperative Program were considered SBC churches.  As such, they could participate in the ministries of the SBC as well as shape the direction of those ministries by sending credentialed designates to the annual meeting.  As the twentieth century wore on, these designates became known as “messengers,” a term more reflective of the relationship between them, the churches, and the convention than the more conventional term, delegate.  They serve as messengers from the churches to the convention, conducting the official business of the convention through a democratic process governed by parliamentary procedure.

Although the decisions made by messengers authoritatively bind the entities of the SBC, the authority runs one direction.  Unlike hierarchical forms of church government (episcopal, synodal, etc.), the autonomous congregations of the SBC are not bound by the decisions of the messengers.  The messengers speak for and direct the convention, not the churches—not even the churches from whence they come.  Therefore, as the convention meets to do its business next week, understand that while the messengers are making decisions for the cooperative ministry entities of the SBC, they are not making decisions for the SBC church down the street from you.  That church maintains its autonomy even as it cooperates with other Baptists churches through the SBC.

June 8, 2014 What's Right with (Christian) Higher Education
Recent Comments
0 | Leave a Comment
Browse Our Archives
get the latest from
Anxious Bench
Sign up for our newsletter
POPULAR AT PATHEOS Evangelical
1 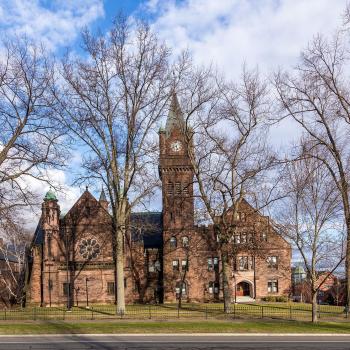 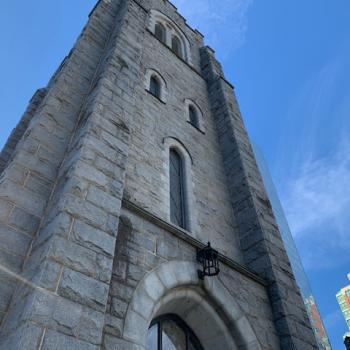