FREEMASONS AND THE NEW AGE

I posted recently on the importance of Freemasons in Anglo-American history – political, cultural and religious.

Masonry had a substantial influence on mainstream churches, especially in what we call mainline denominations. But its impact was all the more obvious among more marginal groups, and in new religious movements. When we look at America’s esoteric and mystical movements, its New Agers and its experimental religions, not much makes sense without those core Masonic ideas and structures.

As John Turner notes, we see that heritage in early Mormonism, in the Temple ceremonies. Describing the appeal of Mormonism, Rudyard Kipling commented, acidly, that “The tawdry mysticism and the borrowing from Freemasonry serve the low caste Swede and Dane, the Welshman and the Cornish cotter, just as well as a highly organized heaven.”

In that Mormon context (and in a far less judgmental style!), I am delighted to see Michael Homer’s important new book Joseph’s Temples, on the complex relationship between Masonry and Mormonism. It takes a topic that has been the subject of endless fantasy and vituperation, and discusses it in a clear, sensible and scholarly way. 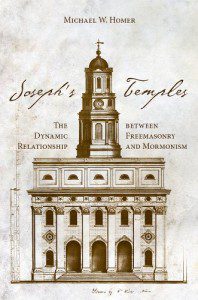 I discussed the impact of Freemasonry at some length in my 2000 book Mystics and Messiahs and I won’t go over that in too much detail here. But we see the fundamental Masonic structure of the ritual magic tradition associated with groups like the Golden Dawn, and all its American offshoots and imitators.

As I remarked in Mystics and Messiahs,

The 1920s marked the height of popularity of secret societies like the Freemasons. Though most American Masons did not necessarily have any psychic or occult interests, the prevalence of Masonic ideas and rituals provided a fund of commonplaces from which other groups could draw. Moreover, any serious investigation of the Masonic tradition would soon lead the curious to the extensive and often-reprinted works of Albert Pike from the 1870s, with his esoteric and Gnostic interpretations of Freemasonry. … Freemasonry opened an enticing door to the wider occult world. 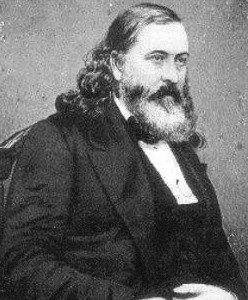 From Freemasonry too, other groups drew their ideas of progressive initiation into spiritual truths, with levels of expertise and perfection.

Freemasonry  inspired the modern Rosicrucian movement, which notionally claimed to be descended from some evocative mystical/alchemical treatises published in seventeenth century Germany. The pioneering American Rosicrucian was the brilliant Paschal Beverly Randolph (1825-75),  the most influential occult thinker produced by nineteenth century America (even more so than Albert Pike). Randolph – a man of mixed race origins – was also the only American adept to develop a major following in Europe as well as the US. 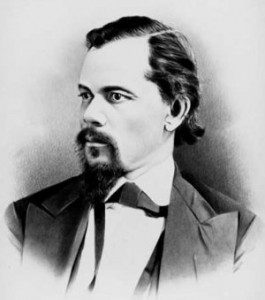 In 1902, R. Swinburne Clymer of Quakertown, Pennsylvania, published his history of the Rosicrucian movement. Shortly afterwards, he founded his own Rosicrucian Fraternity, complete with a hierarchy of Masonic-sounding titles: below the Imperialistic Council and Venerable Order of the Magi were the degrees of Priests of Melchizedek, and Knights of Chivalry and Order of the Holy Grail. A new wave of interest followed in 1914, during the tercentenary of the original Rosicrucian manifesto. In 1915, H. Spencer Lewis founded the Ancient Mystical Order Rosae Crucis (AMORC), which borrowed extensively from both Theosophy and the Golden Dawn.

Though originally based in New York, Lewis soon joined the general westward migration of the esoteric sects, which had already made California the global capital of the New Age. In 1918, he relocated to San Francisco, and in 1927, he created a world headquarters for his movement in San Jose. That First New Age utterly remade American spiritual geography.

Masonry was also key to the thought of such occult entrepreneurs as Manly P. Hall, the hypnotist who in 1936, founded Los Angeles’ Philosophical Research Society, a long-lasting occult study group. In 1928, he published his Encyclopedic Outline of Masonic, Hermetic, Qabalistic and Rosicrucian Symbolical Philosophy. In more modern times, even many of the founders of Asian-leaning New Age groups had strong Masonic backgrounds.

The American New Age was and is, par excellence, a Masonic Age.

On a related topic, I wanted to add a note to an article just published in the Times Literary Supplement (paywall not active in this instance). Oliver Harris has a review of Theodore Ziolkowski’s new book Lure of the Arcane: The Literature of Cult and Conspiracy. Obviously, Masonic and anti-Masonic themes abound. An extract:

Did the Templars go underground only to re-emerge as the Freemasons? Whatever the Masons owe to monastic knights – or, indeed, the cult of Isis in which they have also found precedents – their greatest debt is to the Enlightenment. The first Grand Lodge was established in London in 1717, celebrating the not very esoteric values of fraternity, democracy and discussion. But, again, when the Church drove this bourgeois foible underground, it was a recipe for public curiosity. The first German lodge was established in 1737 but banned by the papacy the following year. By the end of the century, the German reading public was in thrall to a new literary genre: the Bundesroman or lodge novel. The lodge novel coincides with the Gothic tradition in England, but rather than centring on a demonic figure, the sinister buildings and dastardly plots belong to a secret society. It is not just the incorporation of “authentic documents” and evil black-robed monks that starts to feel familiar, but the sense of relish with which they are turned to commercial ends.

June 17, 2014 Phillis Wheatley and the Evangelical Anti-Slavery Movement
Recent Comments
7 Comments | Leave a Comment
"Impossible to read the entire article due to the unending pop-ups, but I like what ..."
Ann A. Jones The Cost of Staying Silent
"I agree that the theological debate is in "gridlock." It would be a major leap ..."
NorrinRadd The Evangelical Baptists Who Made “Biblical ..."
"Denny addresses those questions in his article.What he does not do is deal with the ..."
NorrinRadd It’s A Small, Small (Complementarian) World
"The only pertinent issue here is whether Baptists truly believe in the so-called "priesthood of ..."
Gussie FinkNottle The Evangelical Baptists Who Made “Biblical ..."
Browse Our Archives
get the latest from
Anxious Bench
Sign up for our newsletter
POPULAR AT PATHEOS Evangelical
1