Is This the Kind of Lent I Desire? The Fast and the Cleanse

Is This the Kind of Lent I Desire? The Fast and the Cleanse March 16, 2015 Agnes Howard 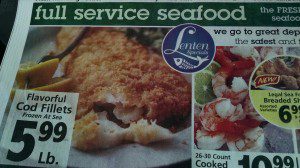 When Lent begins early, as it did this year, calls to prayer and fasting come right up against the New Year’s barrage of juice-cleanse ads promising atonement for holiday indulgence. From pulpits and religion blogs Lent brings annual reminders that “it’s not about” giving up chocolate or beer. Just skipping chocolate for six weeks won’t do much for your soul or for any one else. Often offered instead are lists of things from which to fast. The “fast” might be redefined as avoiding social media or banishing busyness.

Though merit is found in such lists, fasting still is about food. A long history of Christian practice underscores this. Other elements of Lenten discipline, like repentance, prayer, obedience, and charity, bear important relation to dietary self-denial. Not eating–or not eating some things–helps curb more than one kind of appetite; it helps clear time and intent for prayer; it makes available resources and empathy for others in want.

Fasting, like eating, is best done in season and in community. That is, one can fast at other times or for special aims but it makes most sense done along with the church. Since fasting is helpful, Thomas Aquinas explains, “it was fitting that the Church should appoint certain fasts to be kept in common.” The Eastern Orthodox keep a rule of fasting through the year, strictest in Lent. Lutherans and Anglicans may include fasting in their Lenten observance. Other Protestants prefer to subordinate fasting to conscience and choice rather than the church calendar. After all, one of the early dramatic gestures of the Reformation came in the decision by some in Zurich to eat sausage during Lent in 1522, an act defended by their reforming pastor, Ulrich Zwingli.

When grocery stores in New England advertise “Lenten Specials,” it is Catholic shoppers they mostly have in mind. Before the Second Vatican Council, fish on Fridays extended the year round. Now for many the practice is kept up only in Lent. Fasting on Fridays in Lent is supposed to mean abstention from meat and the consumption of only one full meal for the day.

Rules like that might make us squirm, too stiff a requirement, insensitive to conscience or private resolution. But the contrast with the vocabulary of the juice cleanse might be instructive. People prove quite willing to take up drastic privations, even painful asceticism, with goal of purging “toxins” from the body. While it is not clear what these toxins are, the cleanse often is offered in almost religious language, abasing the body for quasi-spiritual goals. One juice-cleanse system anticipates introspection and sensitivity during the fast, counseling users to “[s]et an intention for your juice cleanse….what do you need to heal?” Some cleanse regimens are much harsher than the Lenten fast, offering combinations like lemon water with red pepper flakes for days on end. Increased energy and vitality are said to follow.

That spirit of resolution, that confidence in dramatic results, could be borrowed for Lent. The dietary cleanse mostly is not to be a long-term prescription but a reset, a way to change habits by that short span of dramatic self-denial. The point of Lent, as St. Benedict tells monks, is to nudge them closer to the way they should be living all the time.  Unlike the unidentified toxins leached out in a cleanse, we know what poisons to purge—pride, lust, envy, gluttony, greed, sloth, wrath—and though simply refraining from food won’t flush them all out, fasting is among the remedies to be applied to interior corrosion.

March 17, 2015 Handling Rejection in Academic Writing
Recent Comments
0 | Leave a Comment
"The OP’s post is actually more speculative than his (over) confident tone implies, and his ..."
J. Inglis Hiroshima: 75 Years On
"I used to live in Guatemala and know firsthand how poorly the Mayan people are ..."
Michel Exorcising Quetzalcoatl: Spiritual Warfare in Guatemala—and ..."
"The only way to justify the taking of any life is to call an evil ..."
Dean Blimline Hiroshima: 75 Years On
"I object to any claim that nuclear weapons are uniquely evil - as if all ..."
stefanstackhouse Hiroshima: 75 Years On
Browse Our Archives
get the latest from
Anxious Bench
Sign up for our newsletter
POPULAR AT PATHEOS Evangelical
1 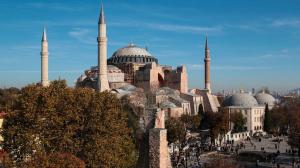