Making the Church of the East

Making the Church of the East March 23, 2015 Philip Jenkins

Christianity spread in the Persian Empire during the second and third centuries, when it became a major force, especially in western regions. Looking today at some of those early centers is multiply depressing, as they are today in the process of witnessing that ancient tradition being uprooted.

From the fifth century through the fourteenth, the Church of the East was a mighty presence in Global Christianity, which saw itself as equal or superior to the churches of Constantinople or Rome. Syriac scholars preserved many early documents and traditions, from which we can trace the most important early centers of the faith.

Christians originated among the Empire’s large Jewish population, which was concentrated in Babylonia, as well as  in frontier states like Adiabene. During the third century, Christian numbers were swelled by newly conquered populations deported into the Empire, much as the Jews had been brought to Babylonia many centuries before. Several major centers emerged, especially around the capital, Seleucia-Ctesiphon; in Adiabene (Arbela); and in Susiana, in what is now the south-western Iranian province of Khuzestan. By the start of the fourth century, monasticism was spreading rapidly in these eastern Christian lands.

Different Christian centers claimed precedence, usually citing real or invented historical traditions and apostolic connections. As for western centers like Rome, the direct association with imperial power proved irresistible, giving special prestige to Seleucia-Ctesiphon. Still, it had its rivals, especially Nisibis. By the early fifth century, we see what would become the church’s classical structure of six great metropolitan provinces, chiefly concentrated in what we would call Iraq and south-west Iran. In order of precedence, they were:

-Bet Garmai, near the modern city of Kirkuk.

A glance at the headlines will suggest how troubled some of these areas are today. Arbela/Irbil is the capital of the breakaway Kurdish state, which is locked in deadly conflict with ISIS. Kirkuk is the scene of regular battles between the two forces. Not long ago, this area was home to many Christians, many of whom have though fled. (The Kurds are Muslims of a tolerant nature, but the destruction wrought by war has been grim). Just last week, there have been appalling reports of the systematic destruction of ancient Christian shrines in these regions of northern Iraq. As one story notes, “A series of images also showed the total destruction of what appears to be the tomb of Mar Behnam, a fourth-century site built by the Assyrian king Senchareb and maintained by the Syriac Orthodox church, with nothing left in the wake except rubble. The fate of the nearby Mar Behnam monastery, built in the 12th century as a retreat for Christians to renew their faith, is unknown, said Patriarch Ignatius.”

These six were not the only provinces even in the fifth century, when various church synods acknowledged believers and bishops further afield – for instance in Persis (Fars), with its bishop at Rewardashir. Also, more provinces and metropolitans were recognized in the sixth and seventh centuries as the church expanded into Central Asia and around the Indian Ocean. New metropolitans included Merv (Turkmensistan) and Herat (Afghanistan). The “Islands,” meanwhile, comprised eastern Arabia and Bahrain, where many monasteries functioned. Those original six, though, remained at the church’s heart for a thousand years.

In 410, the church declared itself an independent patriarchate, under the Primate Isaac. By the end of the century, the church was headed by the “Bishop of Seleucia-Ctesiphon, Katholikos and head over the bishops of all the Orient.” In 762, the Katholikos followed the Caliph in moving to the new capital, of Baghdad.

Another terrific source for this or any related matters is the online Encylopedia Iranica. 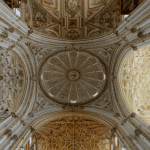