1741: Sinners in the Hands of an Angry Climate

I recently posted about understanding the social dimension to religious crises and conflicts.  Briefly, I suggested that pre-Modern societies were prone to severe dangers from crop failures, sometimes linked to climatic changes, and that these echoed through the whole society in terms of dearth and famine, disease and epidemic. At such times, people were prone to look for scapegoats, and that such episodes could result in religious persecution and paranoia.

In some instances, though, economic crises could contribute to religious revivals, as desperate people sought refuge in faith, often in radical and enthusiastic forms. We see one example of this in the transcontinental phenomenon we call the Great Awakening. In both Europe and North America, revivalism had been stirring from the late 1720s, but it really caught fire from 1739-41 onward. This was the time of George Whitefield’s preaching tours in America, and of Jonathan Edwards’s sermon Sinners in the Hands of an Angry God (July 1741). Between 1739 and 1741 also, the revival issue increasingly divided denominations. It was in March 1740 that Gilbert Tennent preached The Danger of an Unconverted Ministry, which provoked open schism among Presbyterians the following year. Meanwhile, 1741 marked the beginning of the wild and increasingly bizarre preaching tours of James Davenport. The Awakening spread widely through the following decade.

The 1739-41 period, in short, has a good claim to be one of the most critical and influential eras in American religious history.

Both Whitefield and Edwards were stunning orators, but it is helpful to think of the nature of their audience, and the desperate times in which they lived. For social and economic historians, the 1739-41 era was disastrous in its own right, and began a period of truly dreadful proportions. For many modern readers,  it is sobering to realize how close Euro-Americans in that era were to what we might call Third World conditions. This might help us understand just why modern Africa bears so many resemblances to those bygone eras of revival in the West.

In Western Europe, 1739-41 was a time of awful harvests, freezing Winter weather, and prolonged Spring and Summer droughts, creating a subsistence crisis. The winter of 1739-40 left evil memories for decades to come. Londoners held a fair on the frozen Thames. Timo Myllyntaus remarks that

The Finnish winter of 1740 was cold, and it was followed by the coldest spring and summer of the eighteenth century; in fact, the spring of that year was the coldest of the past five hundred years in all of Europe. For a period of twenty-one months from December 1739 to September 1741, bizarre climatic conditions prevailed across the European continent, causing what became known in the British Isles as the Great Frost, which is claimed to have turned Ireland into an Arctic country.

We see another aspect of the crisis from a recent atlas mapping drought in European history. As an impressive map shows, rainfall was far below normal in the Spring and Summer of 1741, creating an epic drought, and ruining farmers’ hopes of recovery.

Several countries experienced mortality crises, with very high death rates, and food riots were widespread. The worst situation was that in Ireland, where the subsistence crisis was proportionately worse than the legendary Potato Famine of the 1840s. In 1740-41 least 400,000 died from famine-related causes, out of a total population of 2.4 million, and some estimates of fatalities range even higher. One modern book on this event is entitled Arctic Ireland.

Mary Dobson notes an upsurge of disease in Britain in 1741, mainly typhus and dysentery, which she aptly terms “the classic famine fevers” (Contours of Death and Disease in Early Modern England, 432-33). “Epidemics of typhus, dysentery, typhoid fever, smallpox and influenza made up the mass of infection of 1740-2.” She quotes John D. Post’s view of European conditions, that “the combined consequences of climatic shock, social disarray, prolonged under-nutrition, and military operations brought about the crisis mortality.”

Dobson continues, “The mortality peak of 1740-42 made an outstanding impact on European demographic history. In many European countries, 1741 marks the last major demographic crisis of early modern period.” Such catastrophes were mitigated thereafter by the growth of government and more efficient agriculture. (Although another possible recurrence followed in 1816-19, as I will describe in a subsequent post).

America was also hard hit. “The hard winter of 1740-41 froze the northern coast so thoroughly that Francis Lewis (later a signer of the Declaration of Independence) drove a sleigh on the ice 200 miles from Barnstaple, on Cape Cod, to New York City, and the York River froze near Williamsburg, Virginia” (I take this from Thomas L. Purvis, Colonial America to 1763, 1-3 – incidentally, an excellent introduction to climate changes in this era). I might use the word “epochal” for this winter, rather than just hard.

Imagine the response to such horrors in a heavily religious and providential minded age. Paranoia ran high: recall the alleged New York slave conspiracy of 1741, which grew out of a series of mysterious fires that Spring. People were already alarmed and fearful because of atrocious weather, with all that meant for both trade and agriculture, and there were serious food shortages. Investigators of the fires thought that they were dealing with the early stages of a slave insurrection, probably manipulated by Catholic priests, and this led to savage reprisals against white Catholics and alleged Spanish agents, as well as slaves themselves. (In 1739, South Carolina had been the setting for a widespread and quite genuine slave rising, the Stono Rebellion).

Just how seriously New York authorities took matters in 1741 is suggested by a judge’s questions to black prisoners before sentencing, “What then could prompt you to undertake so vile, so wicked, so monstrous, so execrable and hellish a scheme, as to murder and destroy your own masters and benefactors? nay, to destroy root and branch, all the white people of this place, and to lay the whole town in ashes?”

The city at the time had a population of 12,000 whites and 2,000 blacks, which puts the resulting penalties into a horrifying perspective. Some two hundred were arrested in all. “From May 11 to August 29, 1741, seventeen blacks and four whites were convicted and hanged, 13 blacks were burned at the stake, and seventy blacks were banished from New York. Seven whites were also deported.” By this time, burning alive was a very uncommon atrocity in English law, but New York looked to the Roman/Dutch tradition.

Clearly, the apocalyptic forces were running wild – famine, plague, insurrection, and war. What a proclamation of human powerlessness in the face of unknown powers, and the futility of all human efforts! How could anyone doubt that Judgment was near, or that revival was the only solution? To quote Edwards, preaching that July, “In short, they have no refuge, nothing to take hold of; all that preserves them every moment is the mere arbitrary will, and uncovenanted, unobliged forbearance of an incensed God.” The crisis created a perfect mass audience for the new Awakening.

Sinners in the hands of an angry God, indeed.

One important book on the era is Jan Golinski, British Weather and the Climate of Enlightenment (2007), which demonstrates the growing rational and scientific response to weather issues and crises, which grew alongside religious interpretations. 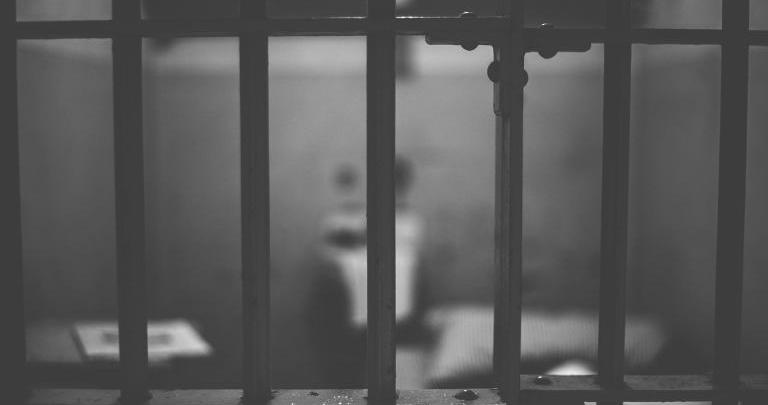 The Keys Of The Kingdom
Last time I talked about using a longish poem as a resource...
view all Evangelical blogs
What Are Your Thoughts?leave a comment
Copyright 2008-2021, Patheos. All rights reserved.