What is the “big story” that scholars should tell about the relationship of religion to the modern world? For many decades, social scientists believed that modernization led ineluctably to secularization. Modern goods such as science, democracy, technology, social mobility, and the free market meant that, sooner or later, religion was destined to swoon and irreligion would triumph. But that has changed swiftly in the last few decades.

The eminent sociologist Peter Berger, a pioneering theorist of “the secularization thesis,” as it is sometimes called, made news two decades ago when he announced that the thesis was “essentially mistaken.” In the 1990s, Berger came to the conclusion that the empirical evidence simply did not support the thesis; societies in the late modern world—with the exception of those in western Europe, perhaps—evinced considerable religious vitality, and scholars deluded themselves in sticking with the old paradigm—even if some have. I applauded then and applaud now Berger’s volte-face. At the same time, I felt that the term he offered in the 1990s, “desecularization,” was a bit cumbersome and failed to capture the religious dynamics of our age.

Fortunately, in 2014, Berger published The Many Altars of Modernity: Toward a Paradigm for Religion in a Pluralist Age, which provides a much more nuanced understanding of religious pluralism in our globalized world. If I may simplify, he argues in this book that modernity leads not to secularization but to greater religious pluralism; processes of globalization in particular have led to the unprecedented intermingling of religious perspectives, especially in cosmopolitan areas. A time traveler from London in 1416 to London in 2016, I suspect, would experience first-hand the validity of Berger’s point.

No book can be expected to do all things; Many Altars s no exception. In reading it, some Christians and other readers with a religious bent understandably asked if a pluralistic age was good or bad for religion, and, further, how exactly were believers supposed to comport themselves in this setting? These are some questions—more theological really than sociological—that Berger is working on in a new edited book, to which I have the honor of contributing.

At this point, one might sum up his argument as follows: if encountered in the right frame of mind, pluralism is on balance a good thing for people of faith, whether Christian or otherwise. Pluralism can provoke new insights into one’s faith and new insights about the purpose of religious community—for Christians, the church. It can also help believers distinguish the core of the faith from its more peripheral aspects. And not least, by encountering many religious “others,” one comes to learn first-hand about beliefs and practices quite different from one’s own, and this familiarity can, in turn, yield to understanding and tolerance.

But “the right frame of mind” is not necessarily easy to arrive at, Berger admits, because one will face two temptations. On the one hand, pluralism can produce “fundamentalism,” a desire to withdraw oneself and one’s religious community from “the world” in an effort to live in a state of absolute certainty unchallenged by other religious views. On the other hand, it can yield to “relativism,” the conclusion, when confronting with many views, that none really should command one’s allegiance; all are equally true or equally false. Berger wants to define the via media between these two temptations.

As this project goes forward, I’m sure to contribute additional posts. In the meantime, I highly recommend Berger’s blog, Religion & Other Curiosities, which is hosted by the American Enterprise Institute. I confess that I am not a regular reader of individual blogs. Berger’s, however, is an exception. 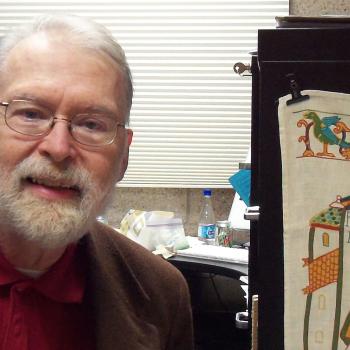