Many historians have observed that early Americans lived in a culture drenched in scripture. Through the nineteenth century, Americans’ oral and written speech dripped with biblical allusions that we might miss if we are not familiar with the language of the King James Bible. We might also note that whereas Old Testament narratives and texts resonated deeply with colonial Americans, the New Testament assumed greater weight in the nineteenth century.

My colleague Lincoln Mullen has made public a recent project of his that takes us far beyond these basic observations about the significance of the Bible on American thought and language. Through the vast storehouse of newspapers on the Library of Congress’s Chronicling America website, he has used the “techniques of machine learning” to identify and analyze 866,000 quotations and allusions to the King James text. The resulting America’s Public Bible allows users to quantify and compare the 1,700 most frequently cited verses.

The results are illuminating:

– The single most popular text over the course of nearly a century was “Suffer little children to come unto me, and forbid them not: for of such is the kingdom of God.”

– While the above verse in Luke’s gospel maintained its popularity throughout, other verses rose and fell in popularity, as did particular books of the Bible. The Book of Revelation declined in popularity in the 1870s, then peaked in 1890. “Thou shalt not kill” enjoyed a brief spike in popularity in the years preceding the U.S. entrance into World War I, presumably employed by writers opposed to that step. Its use fell sharply in the last several years of the decade. Acts 17:16 (“[God] hath made of one blood all nations of men” was frequently cited in the mid-nineteenth century as Americans intensely debated race and slavery.

– There are also many fascinating little tidbits. Lincoln points to the ephemeral significance of 1 Samuel 3:4 in 1876, when some clever political commentators observed that “the Lord called Samuel, but not Rutherford,” seeking to boost the Democratic nominee for the president.

Perhaps most interestingly, the frequency of biblical quotations dipped rather dramatically in the mid-nineteenth century, then rose sharply at the end of the century and persisted at that higher rate in the early decades of the twentieth century.

If one wants to see the quotes in context, America’s Public Bible links to the individual newspaper issues.

America’s Public Bible is a powerful tool for historians seeking to make sense of how Americans made use of scripture. As Lincoln explains:

For many Americans the Bible was a text whose meaning was self-evident, yet the Bible’s role in U.S. history cannot be understood apart from the ways that Americans actually put it to use. That is why I have called this site America’s Public Bible. By looking at uses of the Bible in newspapers, we can see which parts of the Bible were in common currency among Americans, as well as the range of interpretations that were given to those verses. Verses that could be cited without a reference (or used in jokes) indicated a kind of literacy or familiarity, and possibly a shared assumption about what those verses could be interpreted to mean. Verses that were used constantly were a shared cultural touchstone, while verses that were used only episodically reveal the tensions in a particular political or social situation. By looking at how the verses were actually used, we can see how the Bible was a contested yet common text.

And now that text is more precisely “chronicled.” 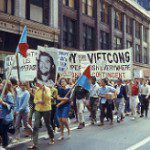 July 20, 2016
Trump, Evangelicals, and the Democratic Party
Next Post 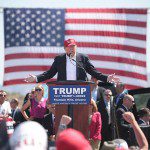 July 21, 2016 How Donald Trump Is Prompting a Debate about the Practice of History
Recent Comments
0 | Leave a Comment
Browse Our Archives
get the latest updates from
Anxious Bench
and the Patheos
Evangelical
Channel
POPULAR AT PATHEOS Evangelical
1